IF WE could go back in time a century or two and saw the High Tatras, we might be surprised. 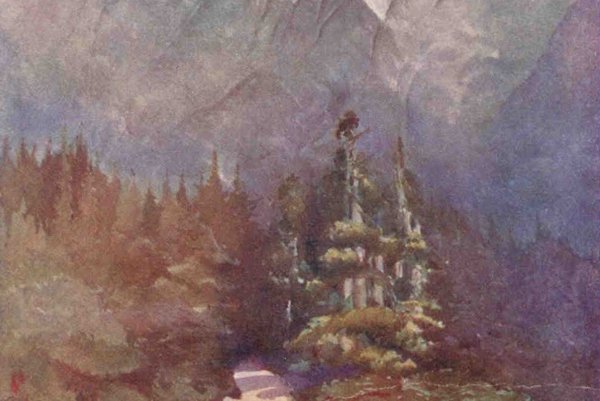 Instead of dense old growth and untouched wilderness, we would probably see only deforested hillsides and a devastated grass sheet. In the past, the Tatras were not subject to any environmental protection. The mountain range was only a part of the landscape, and for locals the forests were just like any other common forest.

The uninhabited territory was only an object of business interest for people. Wood was logged here en mass and, on the deforested areas, numerous flocks of sheep grazed. Only owners of individual valleys or whole village estates set the rules of the area’s exploitation. However, their interests usually began and ended with confirming and defending their right to use the forests.

A key point in the protection of the mountains is the establishment of the common state with the Czech Republic in 1918. In the relatively underdeveloped Slovakia, the Tatra mountains were perceived more or less as one of many mountain ranges. On the other hand, the Czech intelligentsia who came here from a much more industrialised environment were fascinated by the Tatras from the very beginning. This was not just the admiration of tourists; relatively soon, it also brought the idea of protecting the tallest Slovak range.

As early as 1929, Czech professor Karel Domin, who explored the Belianske Tatra range, was engaged in trying to protect it. He noticed who and what ruined the area and thus made the first steps to implement the ambitious plan to create a park with the highest level of protection. Despite then education minister Milan Hodža being engaged in the issue, Domin failed with his plan. However, this idea remained in the public awareness and exactly 20 years after Domin’s efforts, the Tatas were pronounced a national park in 1949.

In this postcard from 1910s, the path to Popradské Pleso lake is depicted by painter L. Palme.