Client centre to make life easier, but not for foreigners

Integrated service point opened in the old building of Ikea in Bratislava; yet office where foreigners can request residence permits remains at its old location in Petržalka. 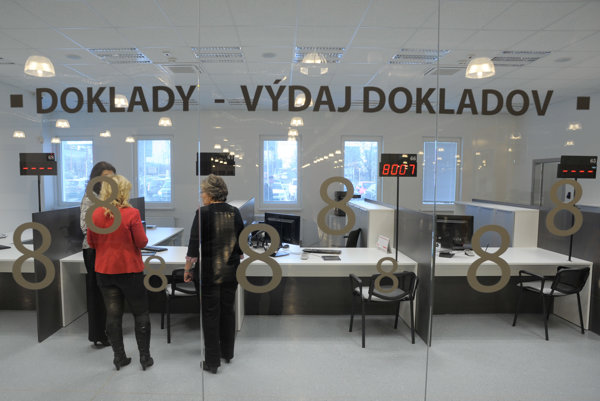 A NEW client centre that was opened on Tomášikova street in Bratislava on February 1 should make dealing with authorities easier for citizens.

The contact point is similar to those that have emerged around Slovakia as part of the ESO reform of public administration, a flagship reform of the Interior Ministry in the current election term.

The centre handles the agenda of state citizenship, trade licenses, issuing IDs and drivers’ licenses and verification of documents and signatures among other functions.

Located in the former Ikea store building, it houses offices previously scattered among 10 different addresses in Bratislava, the Interior Ministry informed. This includes the Transport Inspectorate, which issues car plates and car registrations and was previously located on Kopčianska street in Bratislava.

Bratislava’s department of the Office of Border and Alien Police, which handles applications for residence and work permits for foreigners living in Slovakia, and which in the past has also been repeatedly reported as being located inconveniently and having insufficient capacities, has not moved to the client centre and remains at its location in Bratislava’s Petržalka district.

The client centre thus brings no change to migration-related services. The authorities, however, expect improvement after the office moves to a new location in Bratislava, which they say is likely to happen sometime in 2016.

The current auspices of the department in Petržalka have been reconstructed and a new section was opened for the public in 2013, which has shortened the long waiting times the department has been notorious for.

Another one of the most often repeated complaints about the department is the lacking English language skills of the officers dealing with immigrants. Some also complain about the officers not going through all of the documentation an applicant brings to submit with his or her application, and thus not spotting all the errors in the documentation, inevitably requiring several separate trips to the department.

Management of the department, however, advises clients that they insist on the officer dealing with their application to go through all the documents they bring and point out all the mistakes, so the applicant can correct the documentation before their next visit to the department. If the officer fails to do so, clients are advised to report the failure to the Office for Border and Alien Police.