TO INFORM about the current state in the Slovak education sector, the Initiative of Slovak Teachers (ISU) has sent a letter to European Commission President Jean-Claude Juncker and European Commissioner for Education, Culture, Youth and Sport Tibor Navracsics. 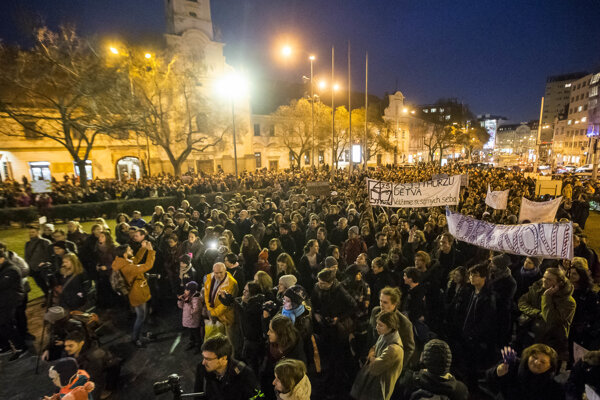 The unfavourable and constantly worsening conditions in education resulted in an all-out strike of teachers who are asking the government to fulfil their demands.

“Neither the government nor the Education Ministry respond to these requests during the strike, with some schools even reporting about bullying teachers by founders of schools and headmasters, which we consider violating the constitutional right to strike and non-democratic practices,” ISU wrote, as quoted by the TASR newswire.

Meanwhile, the teachers continue striking, though their total number keeps falling. While on February 1 nearly 9,300 teachers protested, on February 2 it was some 8,600. The number of participating schools is 700, the same as on February 1.

The Education Ministry informed that 58 schools (or 0.86 percent of total number of schools) were closed on February 2, down from 111 on January 29. 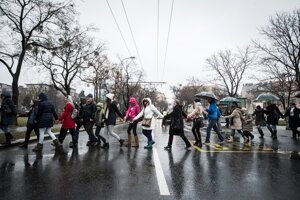 About 200 teachers, pupils and their parents gathered on February 2 also in front of the parliament, carrying drums, whistles, rattles and bells. They voiced their dissatisfaction with government’s alleged inactivity concerning the teachers’ situation.

Demonstrators chose this venue due to the extraordinary session of the parliamentary education, science, youth and sport committee. In reference to the series of Smer’s billboards saying ‘We protect Slovakia’, people were carrying banners saying ‘Do you protect Slovakia from education?’. Other banners read ‘It’s not only about salaries’, ‘We’ll endure’ and ‘We’re fighting for better education in Slovakia’. 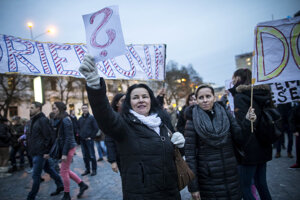 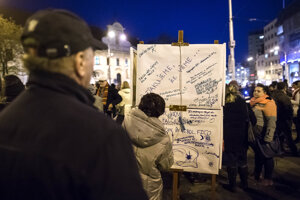 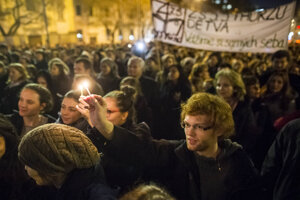 “We wanted to make their session more pleasant, so they can hear that the street isn’t empty,” said Ľuboš Sibert of ISU, as quoted by TASR.

Another teacher Viktor Križo said that it is time for politicians to show what they can do for the teachers and their sympathisers. After all, “they’re paid out of our taxes”, he added, as reported by TASR.

The extraordinary parliamentary committee session was convened by its chairman Mojmír Mamojka. Education Minister Juraj Draxler, representatives of ISU and the Teachers Union chair Pavel Ondek were present as well.

Those that were present arrived at a conclusion that the teachers’ salaries and financing of education will be dealt with after the general election on March 5. Committee members called on all political parties that run in the election to publicly declare their commitment to approve a national education programme for 2016-2020, TASR wrote.

Meanwhile, the public supported teachers’ demands. About 8,000 people have already signed a petition to this purpose. Miroslav Pagáč even opened an account to which people send money to support teachers. People have already collected more than €12,000, the Sme daily reported.

The money will go directly to the teacher donors choose, Sme wrote.