PRESIDENT Andrej Kiska is leading a campaign that seeks to urge the public to go to the polls for the general election on March 5 while also putting the spotlight on the education and health-care sectors. 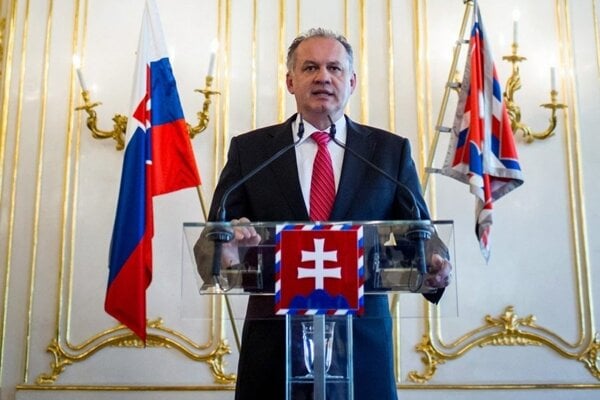 The head of state is making a series of trips to all of Slovakia’s regional capitals this week, where he is meeting representatives of the regional authorities. He is set to conclude the tour by paying a visit to Nitra.

“I’m convinced that the education and health-care sectors should be in the foreground of the election campaigning,” Kiska said on February 2, as quoted by the TASR newswire. “This is what should be up for discussion and voters should ask every single political party in clear terms about their proposals and timeframe thereof for moving things forward.”

Kiska has also launched a website www.verejnaobjednavka.sk that translates literally as ‘Public Order’, with some more as yet unspecified initiatives set to be rolled out shortly.

In order for politicians to feel pressure ahead of the election, ‘public order’ is needed, hence the website, according to the president. The site, which was created for the president as an individual by an advertising agency, has the appearance of an online store from which people are able to order specific measures in health care and education.

The site attracted some 10,000 shares from the public in 24 hours after it was made public, said Roman Krpelan, head of the President’s Office press department. The cost of the website and that of related activities on social networks is to amount to some €4,000 per year, and is to be covered by Kiska from his own pocket.

“I hope that people will go to the polls and that each political party will consider these to be their own priorities and will make it clear as to what they intend to do in these areas after the election,” the president said, as quoted by TASR.

Kiska called his campaign non-political, rejecting notions that it might be directed against any particular parties. Nor is Kiska seeking to ultimately set up his own party, according to his statement.