Slovaks stand behind the strikers

THE RECENT mass protests in Slovakia have support among the public, according to a survey carried out by the Focus polling agency. 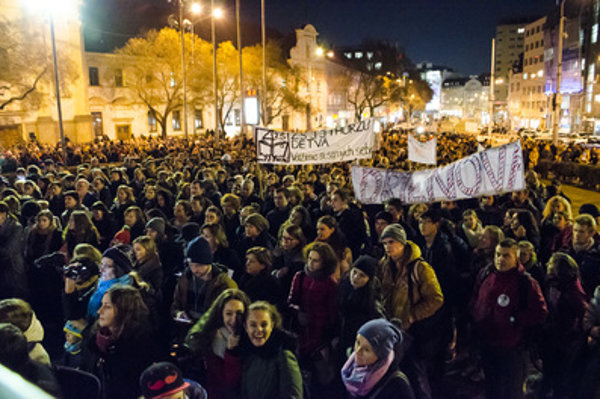 The survey showed that the leaving of several hundred nurses from hospitals is more justified than closed schools during teachers’ strike. Of those polled, 27.5 percent definitely uphold the strike of teachers (who have been joined also by parents and students in street protests); and a further 24.2 percent rather support it.

In regard to nurses, 28.6 percent decisively uphold their giving notices, while 32 percent consider them rather legitimate, the Sme daily quoted the survey.

On the contrary, 18.4 percent do not agree with the teachers’ initiative that resulted in a strike; while 15 percent of respondents consider nurses' acting decisively unfounded.

Focus agency’s Martin Slosiarik reminds that most people perceive problems in the health-care sector more sensitively, as these might threaten life. On the other hand, Slovak teachers earn less than 60 percent of the average salary of a university or college graduate; while in OECD, the average for teachers is 80 percent.

The tense situation among nurses and teachers and the government on the other side may worsen the outcome of the ruling Smer party shortly before the upcoming general election, to take place March 5.