AFTER procrastination, a long wait and being closed for years, the reconstruction of Slovak National Gallery’s (SNG) Water Barracks building in Bratislava began on January 18. 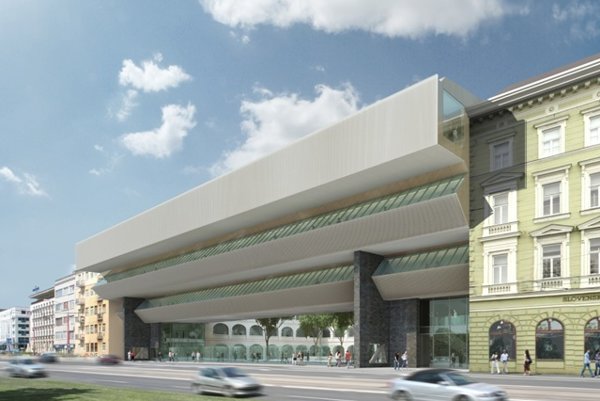 Visualisation of the SNG after reconstruction (Source: SITA)
Font size:A-|A+14

Previously, an increase in the acquisition price of the reconstruction had been approved by the government on December 16. The original price estimate of reconstruction and completion of the SNG complex was increased to €48,718,937 with VAT; and the works have been prolonged to the years 2016 to 2018. This fact will be reflected also in the Culture Ministry’s budget, the TASR newswire wrote. Next year, costs will be €10 million, in 2017 €22 million, and in 2018 more than €16 million.

Already in October 2013, the government had approved the costs and duration of reconstruction (planned for 2013 to 2016 and the sum at €39,552,000 with VAT) which, however, was based on calculations and project documents dating back to 2005. Meanwhile, the conditions have changed, and thus a new calculation had to be made.

In the beginning of 2014, the ministry announced an international competition, but after an electronic auction, Culture Minister Marek Maďarič decided to suspend it. In the auction (on December 17, 2014), the association of companies Galerie Bratislava (PSJ, Jihlava a PSJ Hydrotranzit) and a group of suppliers Hornex and ZIPP Bratislava participated. Hornex and

ZIPP offered the lowest price – €45.6 million – which was, however, higher than the acquisition price approved back in 2013. An expert review confirmed the justification of this bid. By the end of 2015, the Culture Ministry signed a contract with the winners. 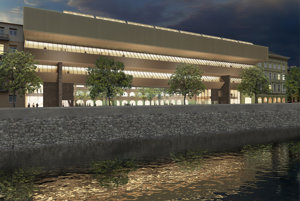 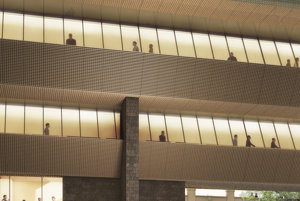 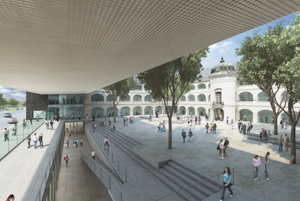 Visualisations of the Slovak National Gallery after reconstruction (5 photos)

The project of renewal of the main SNG residence is divided into multiple phases: spanning with an upper-bridge, historical Water Barracks building, a new depository, administrative building and creating new expositions, Kusá informed. Apart from partial or complete reconstruction and even completion of existing SNG buildings in the Rázusovo nábrežie embankment, Riečna and Paulínyho Streets, two totally new buildings should be built – the central depository and a poly-functional hall. The desing is the work of two Slovak architects, Martin Kusý and Pavol Paňák of the BKPŠ studio; they respected the original architecture of Vladimír Dedeček.

The resulting premises should become a sort of cultural centre in downtown Bratislava just next to the Danube river, connecting the national gallery with the street life of Bratislava and offering new services to its inhabitants and visitors, the gallery’s head said.

Both the minister and the SNG management welcomed the news with a sigh of relief and big expectations, the SITA newswire wrote. In the meantime, the Esterházy Palace of SNG will host exhibitions that are free of charge also in 2016.