DESPITE the criticism from several sides and growing complaints of the public, the government has declined to admit there are serious problems in the health-care sector. 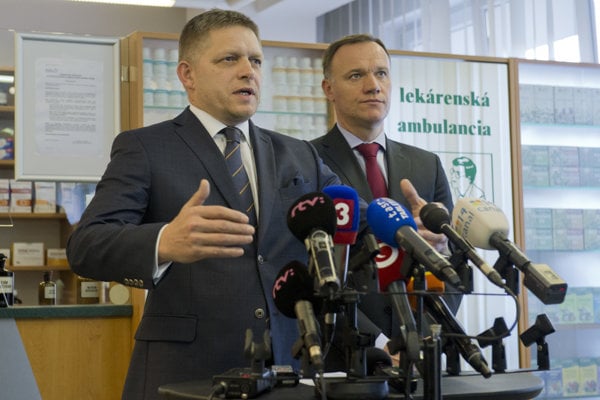 Analysts, however, say there are several areas the government failed to address during its four years in office.

“I am not the health minister,” Prime Minister Robert Fico said on the political talk show V Politike (In Politics) broadcast by private news channel TA3 in early January. “I avoid the hospitals like the plague, so I do not want to act as an expert in health care. For me it is important what the minister and his people are saying.”

His Smer party, however, has been at helm of the Health Ministry for eight of the past 10 years.

President Andrej Kiska also showed his disappointment with the government’s approach to health care. He openly criticised Health Minister Viliam Čislák in March 2015, saying that the minister has failed to respond to mounting scandals in the sector. Čislák failed to provide any clear information about the measures he took or is planning to take in order to “stop the ineffective and non-transparent spending of money in health care”, the president said. He also criticised the state of health care in his 2016 New Year’s address.

The main agenda of the ruling party during the first two years, however, was the re-establishment of a unitary system of public health insurance.

“The ministry fobbed off all problems which emerged in the sector by saying that everything will change with monopolisation of health insurance,” Tomáš Szalay from the Health Policy Institute (HPI) told The Slovak Spectator. 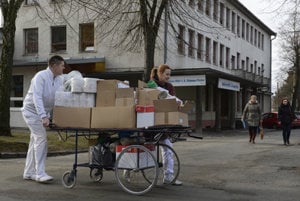 The unitary system of public health insurance was to prevent private insurers from generating profit from public insurance.

“We will not accept that private health insurers take profits from public sources running into the health sector and use these profits for private purposes,” Fico said in October 2012, as quoted by the Sme daily.

Though the government approved the project tailored by the Health Ministry in October 2012, it postponed it indefinitely in February 2014.

Much energy, time and money was wasted on this “useless agenda”, without any outcome for patients and health care providers, Szalay said.

This was also the reason why Slovakia has not proceeded in any other projects in health care, he added.

A sole state hospital began operating during the second Fico government, but it was not built by the Health Ministry, Sme wrote. The Interior Ministry opened a new facility in downtown Bratislava, to which the Hospital of St Michael moved from Patrónka area. This space should be used for construction of the new university hospital in Bratislava, which would replace the failed Rázsochy project, a state-of-the-art medical facility in Bratislava that was launched under the communist regime in the 1980s.

Fico promised to construct it in 2012, and it was also one of the goals mentioned in the programme statement of his government. The plan is to build it via public-private partnership (PPP), with the private investor promising construction, financing and 30-year operation of the new modern facility worth €200-250 million. The state would be the official owner.

The Denník N daily, however, reported there is still a small chance that the hospital will be finally built by the state. Szalay opines that the project of new university hospital will not be realised via PPP at all.

Meanwhile, other state hospitals are seeing their debts grow. At the end of 2014, the total debts of big state hospitals exceeded €400 million, according to IFP. Former health minister Zuzana Zvolenská said at the time that the debts are growing slower than in the past, mostly thanks to the restructuring plans. Fico voiced similar claims when evaluating the steps of his government last year, Denník N wrote.

Dušan Zachar of the INEKO think tank says that bad management of hospitals was emphasises particularly by blanket salary hikes for medical employees, regardless of the quality of work they were doing and financial possibilities of hospitals. This also resulted in dissatisfaction of the public with the quality of health care. 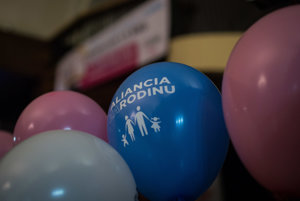 Despite promises, Slovakia still has not introduced diagnosis-related group (DRG) system, within which payments depend on diagnosis, or completed it proposed e-Health project.

Though the material concerning the e-Health system was approved by the first Fico government in 2008, it still is not running, and the government has pushed it launch to 2017 at the soonest, Sme wrote. Also the introduction of DRG system was postponed. Originally, it was to be introduced in 2013, but recent plans talk about 2017 as well.

Zachar also points to not well mastered change to the system of fees patients need to pay when visiting doctor. The parliament passed the bill scrapping administrative fees such as those for prescriptions and filling out sick leave for patients as well as fees for fixed-term, priority appointments in February 2015 and then again in March when the MPs overrode president’s veto.

While Čislák claimed the new rules will clarify the fees, Zachar says they only “brought more opacity and chaos”. Analysts also expect the fees will continue to be collected, but unofficially instead.

On the other hand, both Zachar and Szalay praise the government for introducing the so-called residential programme to make the specialisation of general practitioner more attractive to young medics.

The government also introduced the new system for distributing money to health insurers based on the disease parameter (the so-called PCG model). It is fairer system as health insurers receive the money based on the number of prescribed drugs for patients, Zachar said.

The Fico cabinet also managed to decrease the price of medicines to second lowest level in the EU, Sme wrote. On the other hand, those medicines are often re-exported from Slovakia abroad, Sme wrote. 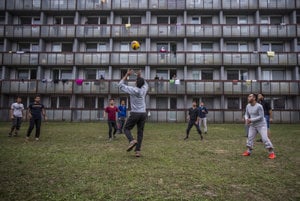 Analysts agree that the new government will have to tackle several problems in the health-care sector. One of them is the high debt and also the dissatisfaction of patients with availability and quality of health treatment paid from the public insurance, according to Zachar.

It will also be necessary to complete the e-Health and DRG system or to let health insurers offer their clients various insurance plans for different prices, Szalay said, specifying that these plans may offer various coverage or additional services.

“By improving the consumer’s experience, the satisfaction of patients with health care will increase,” Szalay added.

The ruling Smer party, which looks likely to win elections, does not have any election programme concerning health care.

“Thus I am not a big optimist that it would do from its own initiative something more than trying to keep the status quo,” Szalay said, adding that the only one who could persuade them do take more aggressive steps would be a coalition partner.