THE NEW proposal for Legislative Rules of the Slovak Republic, filed by the Government Office, is being consulted and elaborated on in the inter-department proceeding. 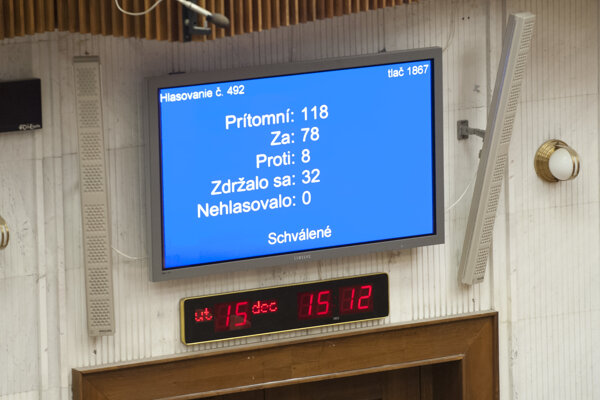 The proposal is a follow-up to the law on creating legal enactments effective since January this year, and it stipulates the rules of how legal enactments of binding force are made, and how ministries and other state bodies shall proceed, the SITA newswire wrote on February 4.

One specific issue stipulates when a legislative intent is elaborated and how it can be commented upon and objected to; and this has become a bone of contention, as activists claim that in this new proposal, under certain conditions the procedure of consultancies and comments can be not just fast-tracked, but also totally bypassed. Activists have filed a petition that shall oppose such practices, as silently proposed by the state body. This could mean that the public would lose access to some bills and other legislative proposals, thereby in effect losing the opportunity to influence the legislative process in Slovakia.

Other proposed legislation rules include the system in which laws are segmented, which means that indirect amendment of a law is not admissible, and also that a bill cannot contain an amendment to another law, unless this is connected by its contents with the original law.

The activists who require the conditions for making the phase of comments and objections fast-tracked or omitted to be made stricter, and the preliminary information on the intent to make a new law to be published obligatorily include, among others, artists, political analysts and people from think tanks and political watchdogs from all over Slovakia.