Fico discussed Syria and visited Jaguar plant in the UK 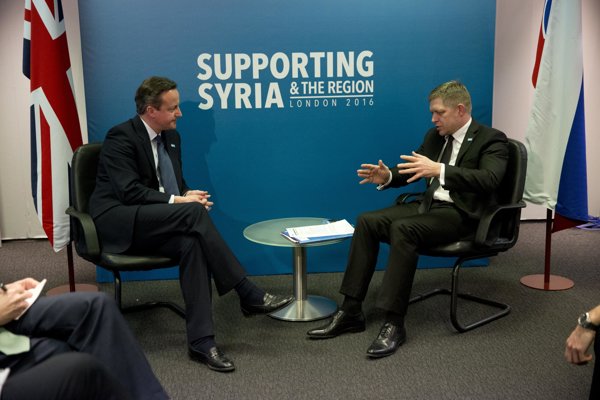 PM Fico asked British Prime Minister David Cameron to support a faster launch of the European Border and Coast Guard during their planned meeting, held in the margins of the Supporting Syria and the Region international conference in London, on February 4.

“With the scheduling set at present, we will not manage to do anything in this regard this year,” said Fico as cited by the TASR newswire, adding that Cameron has expressed support for speeding things up in the establishment of the European border force. “We can’t spend this entire year being onlookers as an additional three million refugees come to Europe.”

“It should be evaluated as such,” said Fico. “It must especially be in harmony with all principles of the Energy Union.”

During his talks with Cameron, Fico touched on proposals related to welfare changes which pertain to people from other EU member countries working in the UK. According to him, Slovakia will ask for guarantees that new proposals regarding social aid for expatriates from other EU countries who work in Great Britain will not adversely affect locally employed Slovaks.

“Officially, we have 60,000 Slovaks in the country and I can’t agree with them being affected by conditions that would significantly limit their rights to various social benefits,” Fico told TASR after his bilateral talks with Cameron in London on Thursday.

Fico called the curbing of these benefits discriminatory because he believes that anyone is entitled to the right to work in Britain under the same conditions as any local citizen.

“We insist that those who already work there mustn’t be affected by such measures,” said Fico. “And we’ve been assured that the change won’t be retroactive.”

During his one-day visit Fico also visited the carmaker Jaguar Land Rover (JLR) plant in Solihull near Birmingham. He reiterated that Slovakia has a sufficiently qualified labour force for the new car plant that JLR plans to build near Nitra. 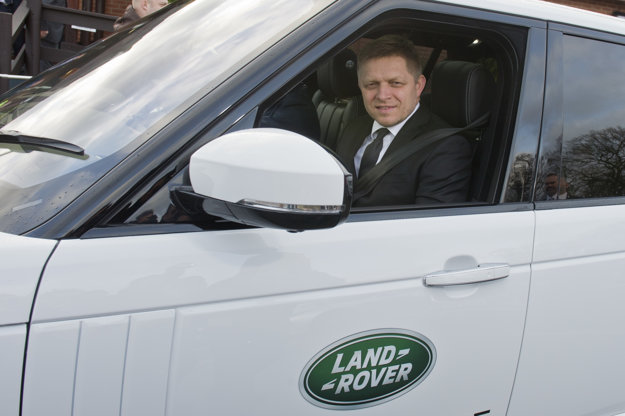 “Signing the cooperation agreement has raised huge expectations in Slovakia,” said Fico after the visit to the plant. “Slovakia is a country which is dependent on the automotive industry and thus the huge interest of the public in working for the new plant that will grow up in Slovakia … has not surprised us.”

About 28,000 workers interested in working at the plant have already registered at employment offices.