Solving an unpleasant legacy at last 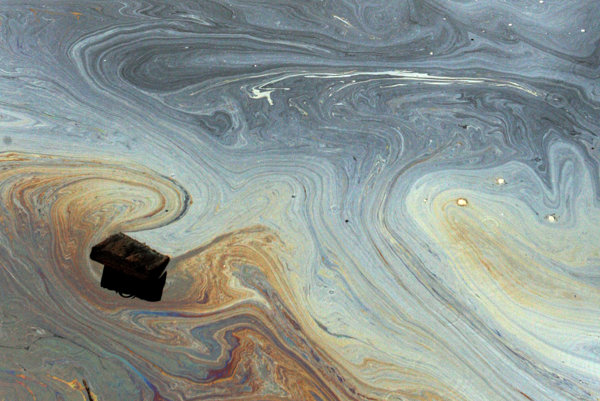 IT SEEMS that Bratislava’s Vrakuňa will finally live to see resolvement of its unpleasant legacy from the communist era – an old toxic waste dump. After the state was identified as the so-called obligatory person, preparation for encapsulation of the leaking waste dump may start. Works in which walls should be built around the area, also underground, to disable further leakage of the toxic waste, could begin this autumn.

“We perceive very positively the fact that the obligatory person was identified,” Tomáš Zajac, spokesperson of Vrakuňa municipality told The Slovak Spectator, adding that they had assumed that it would be the state who would be responsible for solving the issue. “For us it is important that it has happened.”

Vojtech Ferencz, the state secretary of the Environment Ministry, attended a round table in Vrakuňa on January 27 at which also the toxic waste dump was discussed, and recalled that on January 13 the cabinet approved €210 million for liquidation of old environmental burdens for years 2016-2021.

Dealing with Vrakuňa’s waste dump belongs among the priorities of the whole country.

While there are two possible solutions for the waste dump, the Environment Ministry prefers encapsulation, also due to its feasibility. Costs of encapsulation are estimated at about €20 million while it can be done within 18 months. Contrary to this a complete liquidation of the dump would costs €113 million and last five years, Maroš Stano, spokesperson of the Environment Ministry told The Slovak Spectator.

“We have begun preparing in advance project documentation as well as procuring a mathematic model of flow of underground water,” said Ferencz as cited by the TASR newswire.

“We consider the [proposed] solution as very welcomed especially in respect to the fact that the situation has not been solved for dozens of years,” said Zajac, adding that pressure of Vrakuňa Mayor Martin Kuruc has finally found a hearing ear on the Environment Ministry.

The chemical waste dump was used by the chemical company Chemické Závody Juraja Dimitrova (CHZJD). It was permitted to be built in part of the riverbed of a branch of the Malý Dunaj river in 1966 and was closed down in 1979. It is about 46,000 square metres in size and some 120,000 cubic metres of chemical waste were dumped there. In 1989 it was covered with an inert material. After the hydropower station on the Danube River in Gabčíkovo was put into operation in 1992, the level of underground water started to increase. It gradually reached the level of the contaminated soil as well as chemical waste and the pollution contaminated the local ground water. As a consequence locals have not been able to use water from their wells since 2002.

Citizens and the local municipal office of Vrakuňa have been calling for a solution for years as Vrakuňa does not have enough money to clean up the mess itself. Citing the danger posed by the old dump, the mayor and deputies of the borough of Vrakuňa entered a time unlimited strike alert last May.

“If the situation does not change, we are prepared to enter a strike as well as organise protest actions,” said Vrakuňa Mayor Martin Kuruc as cited by the Bratislavské Noviny local paper in mid-May 2015.

The Environment Ministry introduced in August 2015 results of an extensive geological investigation of the locality, based on which it concluded that the locality of the waste dump represents environmental as well as health risk requiring remedial measures. According to it, sources of drinking water on the Žitný Ostrov (Rye Island) are not endangered and the problem is local, but it is necessary to solve the issue. The geological investigation confirmed a long-term suspicion of high concentrations of dangerous agents like pesticides, herbicides, benzenes or arsenic and gradually spreading.

It is estimated that localities with environmental burdens account for about 10 percent of Slovakia’s territory. Environmental burdens are located especially on premises of industrial or large-scale agricultural companies. Dangerous agents leaked also on uncontrolled waste dumps of dangerous materials or unsecured warehouses of pesticides. Also army and mining activities caused contamination, according to the ministry.

The Environment Ministry lists among priority localities apart from Vrakuňa, for example a dump of goudrons, particles of man-made tar used in the construction sector; in the village of Predajná, the premises of Chemko Strážske, the former premises of the Calex company in Zlaté Moravce, train engine sheds in Leopoldov, Štúrovo, Košice, Spišská Nová Ves, and Vrútky; some airports, for example in Prešov, and several areas used by the army, for example in Martin, Piešťany and Michalovce, according to Stano.

Greenpeace Slovensko considers those environmental burdens endangering the health of citizens and sources of drinking water as the most dangerous. Among such burdens Miroslava Ábelová, spokesperson of Greenpeace Slovensko listed, for example, polluting in eastern Slovakia with PCB, such as by Chemko Strážske.

“Because there is polluted a large area and a large number of people are endangered, we consider this to be a problem that would be complicated to solve, but certainly it will be an inevitability,” Ábelová told The Slovak Spectator.

Some environmental burdens have already been liquidated with Ábelová mentioning in this respect liquidation of goudrons, particles of man-made tar used in the construction sector, near Bratislava. A big dump of these environmentally dangerous particles was located for more than 50 years ago in the Srdce (Heart) quarry near the borough of Devínska Nová Ves in Bratislava. 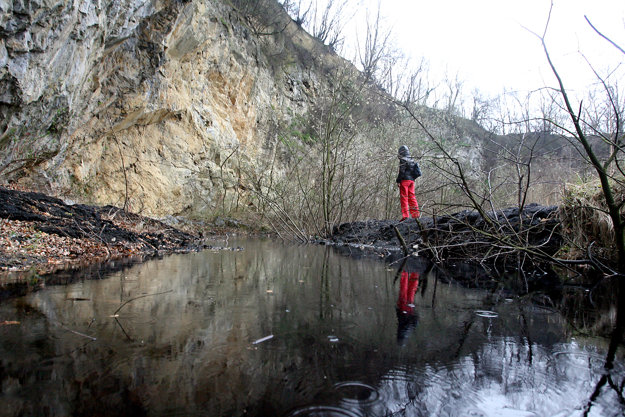 The dump with gudrons near Bratislava back in 2007. (Source: Sme)

The plan was to remove the gudrons and recultivate the quarry while all the gudrons and contaminated soil were removed by the end of 2015. Total costs amounted to €12 million, the Environment Ministry writes on ist website.

The Environment Ministry estimates that Slovakia needs €210 million for solving environmental burdens by 2021. Of this, €180 million is needed for solving the burdens while surveying and monitoring of localities will require funds too. Slovak has obtained for these purposes €180 million from the cohesion fund and co-financing from the state should amount to €27 million based on the State Programme of Solving Environmental Burdens that the cabinet adopted on January 13.