THE FAMOUS racehorse-sprinter Overdose, who was co-owned by Slovak Zoltán Mikóczy, has had his first offspring from last year’s breeding in Germany. 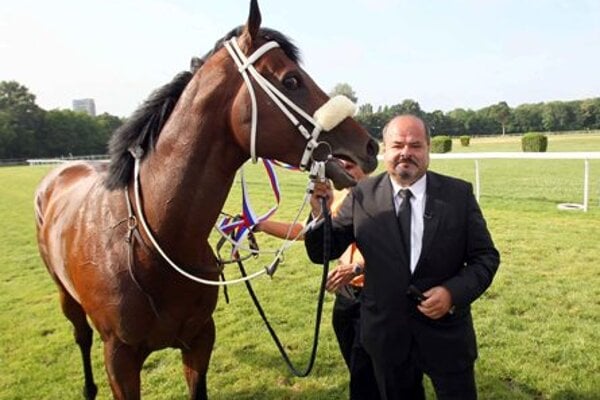 On January 24, a young stallion was born in the Lindenhof stud farm owned by Volker Linde to the mare Bahamian Applause, the Racing Post website informed.

Overdose, the brown racehorse of British origin of Mikóczy from Dunajská Streda, had a breeding fee of €4,000 last year. In July 2015, he died of colic at 10 years of age, and so this round of foals is the last of his offspring. Mikóczy acquired him at an auction in Newmarket, UK, in November 2006, for a mere 2,000 guineas (a special historical auctioning currency, equaling approximately one pound), which is about €3,000. In total, Overdose had 16 victories and earned €258,492, the SITA newswire wrote. Initially, he was trained by coach Sándor Ribárski, later by Jozef Rosival.

Administratively, Overdose was something of a Hungarian “national stud horse” in Dióspuszta in 2014 for owners of mares, with a rate of €3.500 at the breeding centre Angol Telivér Ménes. Altogether, he left 38 mares pregnant; his first descendants will start racing in the 2017 season.