NURSES and midwives who filed resignations recently agreed with the proposal made by Prime Minister Robert Fico whereby they were urged to go back to their jobs. 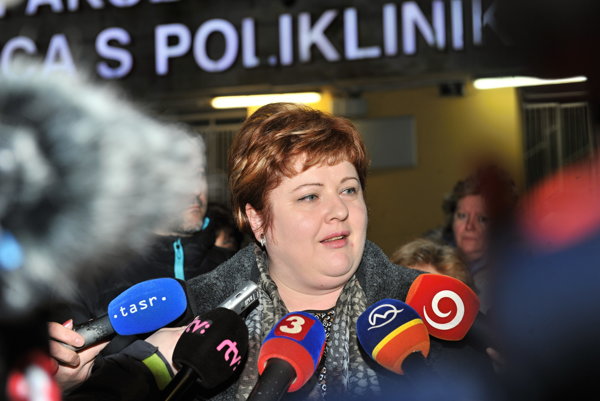 However, they insist that some conditions must be met first, Nurses’ and Midwives’ Trade Union (OZSaPA) head Monika Kavecká said on February 5.

The conditions demanded by the nurses and midwives in writing include employment contracts for an indefinite period of time for the same jobs they had prior to leaving. They also demand that adequate staff numbers in hospitals be ensured, as well as guarantees of higher salaries as envisaged in the law effective as of this January, and no negative impacts for the nurses who left.

Kavecká also called on Prime Minister Robert Fico to begin talks on conditions under which the nurses would resume their jobs in 10 hospitals. Unless the job contracts are signed, the nurses will not go back to work, she added.

“If they return, they’ll see remuneration even for the days when they weren’t at work, as if nothing had happened,” Fico said earlier on Friday in reference to those nurses whose notice periods became effective on January 31.

However, in Košice on February 6, Fico said: “On an individual basis, every single nurse intending to return is entitled to hold talks with hospital directors on her individual remuneration contract,” speaking in response to Kavecká. “Let’s not link these things with the memorandum draft sponsored by the unionists, please, because professional organisations have called that document unfeasible,” the PM said, as quoted by the TASR newswire. “Many even talk about the document being unconstitutional. We called the document clear evidence that the unionists don’t want to arrive at an agreement,” said Fico, reiterating that individual nurses can still cut deals with their hospitals.

The next day, Fico added that he sees no reason to provide bigger salary hikes to nurses who filed mass resignations. The government guarantees money for salary hikes under the new legislation, Fico’s spokesperson Beatrice Szabóová informed TASR. “The memorandum draft as submitted by the unionists is unworkable and, according to professional organisations, also unconstitutional. So, it cannot form any basis for individual employment contracts,” she said. “With this knowledge, nurses can hold talks with hospital directors on an individual basis, but only in accordance with valid legislation and collective agreements.”

The prime minister rejects the twisting of his statements by unionists and extends his gratitude to those nurses that have already chosen to return to their patients, according to Szabóová. “He harbours extraordinary respect for these nurses and for health workers who have never abandoned their patients. He also welcomes the fact that other nurses, whose employment has been terminated, are ready to return to work,” she summed up. 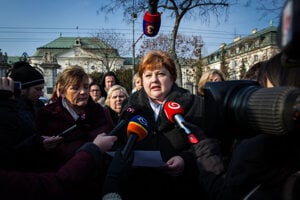 Earlier on February 7, OZSaPA representatives announced that they would hold talks with hospitals on Monday, February 8, to work out individual agreements for nurses who filed their resignations. “We’ll do so based on the prime minister’s reassurances on Saturday that nurses can carve out better individual conditions in talks with hospital managements,” reads a written statement from its head Kavecká.

The compromise proposal of the Nurses’ and Midwives’ Trade Union (OZSaPA) and the Slovak Nurses’ and Midwives’ Chamber on resolving the current crisis in several hospitals involving mass resignations of nurses can end up at the Constitutional Court. If the compromise proposal was accepted by hospitals, it would result in a return of virtually all nurses. Nevertheless, dozens of small and medium-sized hospitals are not happy about the proposal.

“If the memo between the nurses’ trade unions, chamber and the Health Ministry is signed, without being subsequently covered in financial terms from the state budget, we don’t see any possible way of implementing it via the Association of Slovak Hospitals (ANS), so we’ll consider presenting the memo for examination to the Constitutional Court,” an ANS press release states, as quoted by TASR.

UPDATED: The Teaching Hospital in Trnava already announced on February 8 that it does not agree with a flat re-hiring of all nurses who had filed notices, arguing that in the meantime it duly hired medical staff to replace the missing nurses, and cannot imagine sacking them now, in order to hire back those who had left.