SLOVAK female tennis team met Australia in the first round of Fed Cup, February 5 to 7. In the 2nd group, Slovakia had a well-balanced team but thanks to Samantha Stosur who stood out among Australians, it lost 2:3. 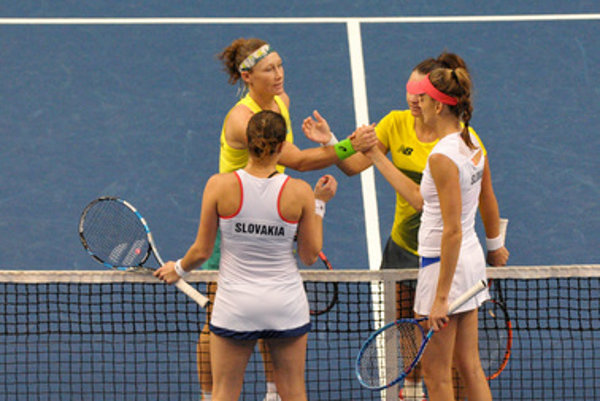 However, the duel which took place in the NTC Aegon Arena in Bratislava was quite equally-matched, with the final result being achieved only in the last match, a doubles, the Sme daily wrote. Anna Karolína Schmiedlová beat Arina Rodionova (5:7, 7:5, 6:0); Jana Čepelová lost against Stosur (3:6, 4:6); Schmiedlová was beaten by Stosur (6:7 (5); 5:7), Dominika Cibulková smashed Kimberly Birrell (6:3, 6:1) and Čepelová with Daniela Hantuchová lost to Casey Dellacqua and Stosur.

Slovaks do not make a play easy for her, Stosur noted as cited by the TASR newswire, adding that the Fed Cup is different than WTA tournaments or Grand-slams. However, she was happy – as were her Australian team colleagues – about the slow hard surface in Bratislava. The Australian team missed Jarmila Wolfe, who is Bratislava native, due to an injury; but it was completed with Dellacqua who specialises in doubles.

After this defeat, Slovak female tennis players will fight for a place in the 2nd group; a draw of lots on February 9 will choose one of the four countries, Belgium, Ukraine, Argentina, or Taiwan, as their rival for the April round. 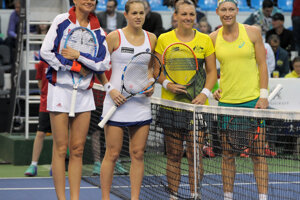 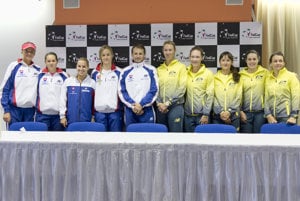 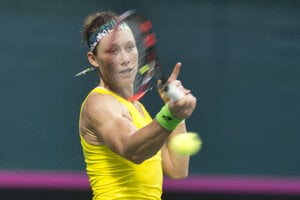