THE FILM which won the International Federation of Film Critics’ Award/FIPRESCI Award at the Toronto International Film Festival last autumn, Eva Nová, now comes to Slovak cinemas – and with English subtitles so that even non-Slovak speakers can enjoy it. 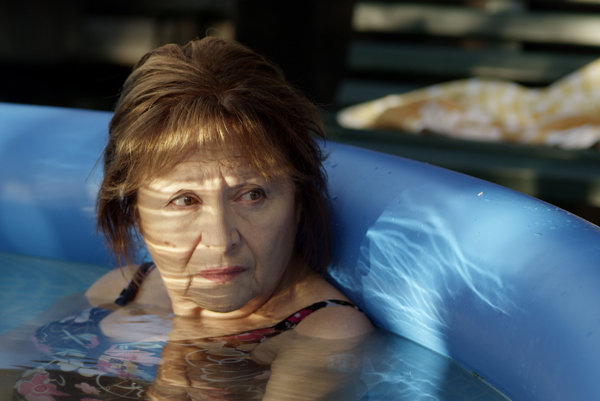 The movie directed by Marko Škop about the hardships of an ageing former star actress who struggles with alcoholism has a lot of moments which can evoke nostalgia in locals, from well-known faces of showbiz celebrities, through the notorious Petržalka housing estate, one of the biggest – if not the biggest – concentration of prefab housing blocks in central Europe, to the seemingly idyllic Slovak countryside which, however, lacks jobs and thus forces people of working age to commute, or even to move abroad.

It seems, though, that the life story of Eva Nová, her focus on work, fame and relations with men which made her abandon her only son to be raised by her childless sister, only to be left empty-handed in the end, is universal enough to have impressed the international jury in Toronto. (And let us not forget the performance of Emília Vášáryová in the main role.)

The film also competed at the autumn Zurich Film Festival and is now rolling across Slovak cinemas. Throughout February, it will be screened with English subtitles in the Lumiére cinema at Špitálska 4 in downtown Bratislava. (AT in the programme means English subtitles.)