Nurses lost their fight for salaries

THOUGH more than 500 nurses left hospitals in late January, it was not enough to persuade the government to accept their conditions. 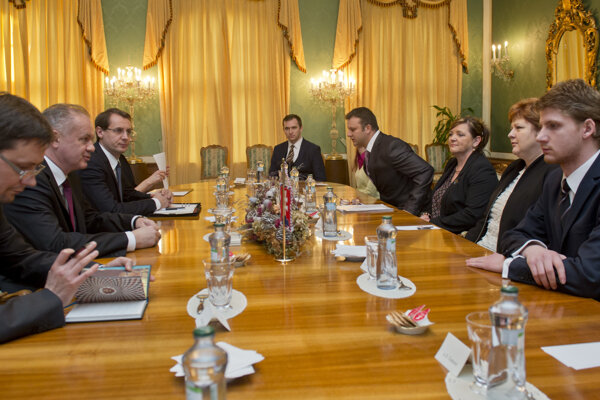 The nurses finally took the offer of Prime Minister Robert Fico to return to hospitals and start negotiations with hospital directors.

“It is a loss,” said Tomáš Szalay, analyst with Health Policy Institute, as quoted by the Sme daily.

The main reason why nurses did not succeed was that of nearly 19,000 nurses only slightly more than 600 did not withdraw their resignations, said chair of the Medical Trade Unions Associations Peter Visolajský. 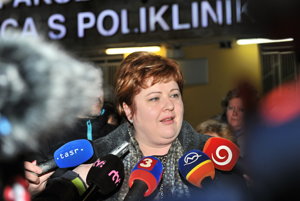 Though the nurses can return to the hospitals, they have no guarantees the hospitals will actually take them back. The teaching hospital in Trnava, for example, already said it will not accept all 57 nurses who left in late January. It will take only nurses it will need, said hospital’s spokesperson Matúš Stračiak, as reported by Sme.

In Žilina, altogether 40 nurses have already returned, which Health Minister Viliam Čislák considers good news for patients and also medical workers. He also expressed his thanks to all nurses who did not abandon their patients and continued to work at the hospital in Žilina, thereby confirming their high professional qualities as well as moral qualities.

“This is a clear message concerning their relationship to work, relationship with patients, the provision of health care and commitments stemming from the mission of the health-care profession,” Čislák said, as quoted by the TASR newswire. “The managers of the hospitals in Žilina and Prešov have shown a great deal of professionalism, managerial foresight and abilities, too, by doing their utmost to provide necessary health care to patients also in tense moments.”

The representatives of nurses met with President Andrej Kiska and asked him to contribute to the resolution of their current situation by his authority. Nurses believe that Kiska will be successful as a mediator between themselves and the cabinet.

The president did not make any comments on the protests’ developments and the current situation in hospitals, but stated that every nurse that goes abroad is a loss for Slovakia.

Nurses and Midwives Trade Union head Monika Kavecká does not appreciate the fact that hospitals do not want to rehire all of those nurses that had earlier filed their resignations. Nurses found out that hospitals in Prešov and Žilina do not need all of them back as they already hired some replacements, and the same situation concerns Trnava hospital.

“I don’t wish to comment either on the development of this protest or on its form,” Kiska said, as quoted by TASR.

He does not think it would do any good. To quit a job and risk losing it for good and thus losing the income to provide for a family is quite an extreme form of protest, according to the president.

Prime Minister Robert Fico strongly rejected that his earlier statements are in contradiction with what the hospitals' directors are currently doing.

“He clearly stated that nurses can individually negotiate their new contracts with hospitals,” said his spokesperson Beatrice Szabóová, as quoted by TASR. “He insists that there shouldn’t be any differences in nurses’ salaries. But, of course, hospitals can only hire as many nurses as there are vacant jobs.”

Kiska said that the health-care system should be a top priority for the next government and parliament.