ETP: State could learn from our work with Roma

WHILE some mayors struggle to improve life in segregated Roma settlements, the non-profit organization ETP Slovakia has helped hundreds of marginalized people construct their own houses. The Slovak Spectator spoke to its director Slávka Mačáková about ETP’s success and how the state often ignores proven methods that succeed. 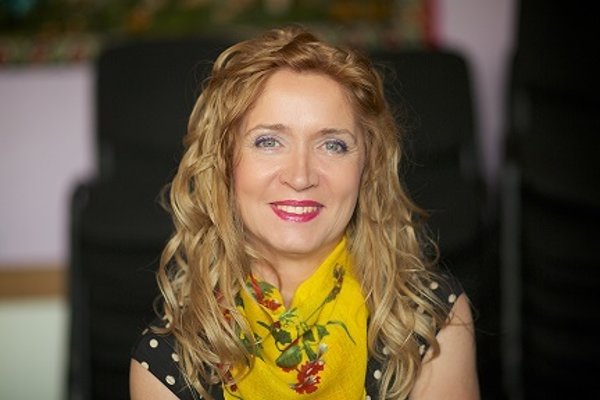 The Slovak Spectator (TSS): Many Slovaks see the problem with marginalized Roma communities as having simple solutions like tougher policing or cuts to welfare. What do you see as solutions for those communities?

Slávka Mačáková (SM):There are no simple solutions for complicated problems. Procrastination or unprofessional solutions of the most visible problems will make the current bad situation even more complicated. For example, in 2008 and then repeatedly in 2010 and 2012 we offered to Košice city cooperation in dealing with living conditions in Lunik IX [infamous Roma ghetto]. We proposed the gradual reconstruction of flats by using our saving project and project of microloans. If the magistrate would accept our offer Lunik IX resident could save up to reconstruct the flats where they were living. The city did not respond to our offers. The result is that settlement Mašličkovo developed [after several block of flats in Lunik IX were torn down] with all its consequences. Hundreds of citizens of other towns and villages have used the possibilities of our projects in central and eastern Slovakia and they reconstructed their homes. The construction of one house with land in Rankovce village costs around €10,000. Košice city constructed flats for twelve families for €550,000 in 2015. Instead of a dozen families, 55 families could have a new place to live for the same amount of money.

TSS: Could the project in Rankovce be an example for other places?

SM: We presented proposals of various ways how to solve the scandalous living situations of some people in Slovakia to the Ministry of Transport, Construction and Regional Development . Self-made and self-financed houses which belong to people who construct them is one of such way. The model which we used in Rankovce should be the example. The state should support this type of program for various reasons. It saves public money and improves quality of life including hygienic conditions for young families with children. It also helps to develop work skills and habits for the long-term unemployed; creates proper conditions for studying for elementary school pupils and so on.

TSS: Why don't municipalities use this model more often?

SM: Municipalities, which would also want to help poor people even non-Roma in similar way, either don’t posses land or the land is set aside for a different use, according to their zoning plan. Even if a city or village council schedules a discussion about changes in use of land close to a settlement, the council meetings are usually attended by dozens of residents, neighbors of the settlement. The mayor then withdraws the issue from the discussion under perceived or real pressure.

TSS: What would help?

SM: There should be a common public policy that will ensure that all residents of a city or town should have equal rights, including the right to buy the land to build a house for private ownership. The State Housing Development Fund should add a new product to its portfolio -  loans for purchase of a house for the long-term unemployed. They would be able to obtain an advantageous loan, for example up to €10,000 with a term of return, for example, of 15 to 20 years. The condition would be that the loan will be used for self-help legal construction of a house for private ownership.

TSS: What is your experience with people in Rankovce?

SM: Thanks to the involvement of households in self-help and self-financing the construction of houses, the motivation of these households to find and retain permanent jobs significantly increased in Rankovce. According to our calculations, the disposable income of households in the area increased by 64 percent, as the number of employed builders increased from two in 2013 to nine in 2015. The state in 2015 saved €10,500 on sixteen households engaged in self-construction in Rankovce. The State Housing Development Fund should therefore add people who live in segregated settlements to the categories of people entitled to receive subsidies for the purchase of a flat in the form of self-construction.

TSS: Why is there is no demand in society for these solutions?

SM: It is necessary to shape public opinion so people will understand that helping the poor helps the whole community, all its inhabitants. It is often very difficult to explain the benefits of the project or social experiments to non-Roma citizens. Some mayors see the world in a four-year [election] perspective and neighbors of settlements would like see the change right now. At least 10 or 15 years are needed to regenerate such communities. They are in state which has been worsening for decades. This can happen if we will all pull on the same end of the rope. The question is not if we can integrate minorities such as Roma, refugees and migrants but if we are interested in doing it; if Slovakia wants it. Statements made by some politicians not only suggest the contrary but preserve current poor situation for decades or forever.

TSS: Are there areas in Slovakia where positive changes are visible?

SM: In Slovakia, about 40 percent of all Roma, which is 200,000 people, live in settlements or segregated communities. More than half of them are children and youth. However, there are municipalities where positive changes have been happening for several years and settlements have practically vanished there. Spišský Hrhov, which has been given Village Of The Year 2015 award of Environment Ministry for development, is one of them. Integration takes time and a systematic, long-term, continuous application of tried and proven methods of social work, ideally, with the same professionals who have earned people's trust. It takes patient assistance that we call from cradle to career, and listening to their needs. It means that if people live in the village in shacks, without access to drinking water and sanitation that housing and infrastructure should be solved immediately. At the same time educational programs for children from the earliest age to adults should be implemented there.

TSS: Do not you think that you often substitute the role of the state on these issues?

SM: One could say that ETP Slovakia is also a social laboratory. We verify innovative approaches of social work to find out which one works the best for improving the quality of life of socially excluded people. When some prove themselves we pass them to the responsible representatives of the state ministries. During 16 years of work in Roma settlements, we noticed that the issue of poverty and segregated Roma communities is interesting for politicians, but usually just before the parliamentary elections.

TSS: How do you cooperate with the state?

SM: Some employees of ministries, the Government Office and some members of parliament know our approaches very well. Many of them have already got into public policy and into the laws on social services -- for example, local social work, community centers, financial education and the micro-loans program. But, on our question: “What must we do to make our solutions, which proved themselves in settlements part of the public policies?” I even received an answer: “Slávka, ensure that there is a political demand for it.

TSS: How do you assess Government Proxy for the Roma Communities Peter Pollák work?

SM: The Government Proxy for the Roma Communities Office is an advisory body to the government. It has no executive power. His job is to prepare strategic documents and action plans, whose implementation falls under the ministries. Once a year, the proxy should check how ministries have carried them out. We have not noticed presentation of the new strategy [for Roma integration] or a revised action plan, despite the fact that meetings focused on revision of the action plans took place. The most fundamental fact is that the laws and their funding from public sources are accepted without prior testing. Such testing would show whether the proposed changes would actually save public finances.

TSS: Can you give an example?

SM: Last year, Financial Policy Institute at the Ministry of Finance conducted cost-benefit analysis of the non-profit organization Ulysses’ program that distributes syringes to drug addicts. The analysis showed that every €1 spent on the program brought benefits worth €3. This is why role of NGOs is so important. They are social laboratories which verify whether innovative approaches are effective or not. In my view, these social experiments should be made in advance of changes in the legislation related to the respective service financed from the state budget. In Slovakia, this does not happen. For example, community centers and services they provide are indeed listed in the law on social services, but the obligation for municipalities or regional governments to provide financial resources for their activities are optional.