Parties pledge to strengthen the right to information

TEN of 12 political parties publicly pledged to strengthen the right of the public to information by adopting the proposals of three non-governmental organisations. 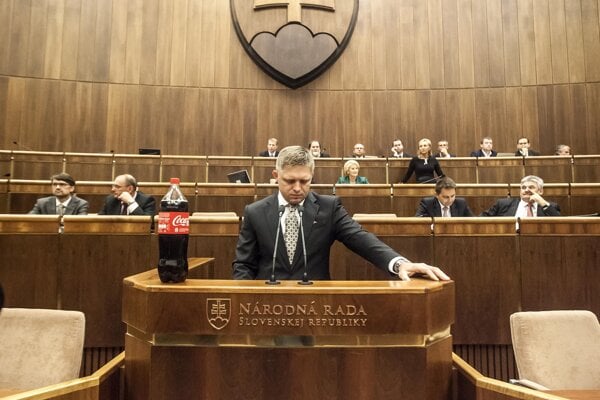 Smer did not accept the pledge. (Source: SME)
Font size:A-|A+1

Only the ruling Smer party and opposition Slovak Democratic and Christian Union (SDKÚ) failed to do so, the SITA newswire reported.

The companies which are fully owned by the state or municipalities should be subject to the law on free access to information (infolaw), while the salaries and CVs of state nominees should be made public. Moreover, the agreements signed by the state and municipalities should be published at one place and the state should start to systematically connect the databases about public procurement, founding and ownership of companies, EU funds and owners of property, the NGOs say.

The parties which promised to adopt the proposals include Sieť, the Christian Democratic Movement, the Slovak National party, Most-Híd, the Ordinary People and Independent Personalities, NOVA, Freedom and Solidarity, Šanca, the Party of Hungarian Community, and Tip.

While SDKÚ sent no answer, Smer refused the pledge, saying that AFP and INEKO are deliberately harming the party in the pre-election term. Yet it considers many proposals beneficial and will try to adopt them in the next election term. The party, however, failed to specify them, the NGOs claimed, as reported by SITA.

Moreover, Sieť and Šanca did not support all proposals. While the former would not accept the introduction of mandatory publishing of criminal motions dismissed by the police, the latter would publish the salaries of state nominees only selectively and would allow the ombudswoman to supervise the observation of the infolaw.

The Justice Ministry led by Tomáš Borec worked on changes to the infolaw during his tenure, but the government did not accept its proposal, on which also NGOs and the Association of Towns and Villages of Slovakia agreed, SITA wrote.