THE SLOVAK capital intends to repair 29 road sections with a total length of 37 kilometres by the start of Slovakia’s EU Presidency in July. 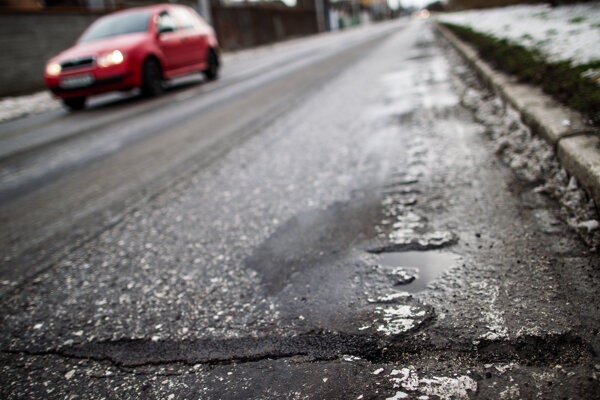 In order to repair the roads Bratislava will earmark €8 million from a subsidy of €14 million allocated by the government for the Slovak capital last December in connection with the EU Presidency. The city itself has allocated €3.5 million from its 2016 budget for road repairs.

“This is the highest sum ever used for road repairs from the city's budget,” said Bratislava Mayor Ivo Nesrovnal, as quoted by the TASR newswire.

The city will repair road sections that are the most important from the viewpoint of the EU Presidency, as well as in terms of the needs of Bratislava’s residents.

“We’ve chosen the sections based on an agreement with the state and an expert team,” Nesrovnal continued. “We consulted the work timetable and choice of locations with the Regional Transport Inspectorate and the Žilina-based Transport Research Institute in order to prevent traffic collapses and minimise limitations for the inhabitants of Bratislava.”

The first work should be launched at the turn of February and March, TASR wrote.

The Slovak government decided on a subsidy of €15 million for Bratislava at its session on December 16, 2015. A total of €14 million will be available to the Slovak capital as a whole, while the remaining €1 million has been reserved for the Old Town borough.

Slovakia will preside over the EU Council in the second half of this year.