DECIDING who to vote for in the March 5 will be tougher than usual for the right-leaning electorate in Bratislava, according to a survey by the Political Science Department of Comenius University made for the Sme daily. 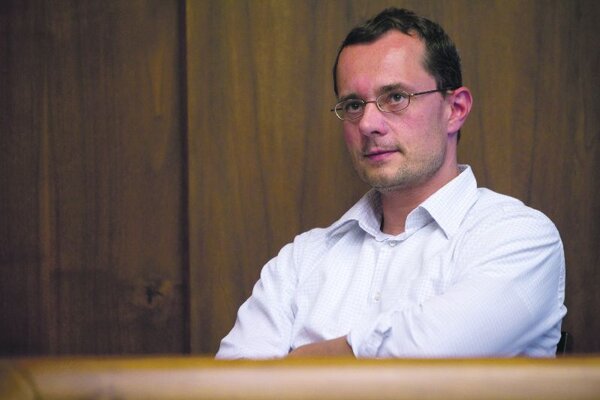 Too many parties but also the lack of an emotional connection with any of them as a counterbalance to the ruling Smer party make the election decisions harder, according to political analysts.

Bratislava voters admitted that they currently see no distinctive, noticeable right leaning leader. So far, they do not consider chairman of the strongest, in polling numbers , centre-righ party Sieť, Radoslav Procházka, as a potential successor of former Slovak Christian-Democratic Union-SDKÚ leader, Mikuláš Dzurinda. Procházka is rejected for his poor marketing and failed communication with voters. Unlike rural voters, though, Bratislavans did not cite his scandal concerning the recording of wiretapped talk with Igor Matovič on financing his election campaign.

Uniting all the right-leaning parties – which is also the vision of Procházka – is opposed by voters from capital. They deem the variedness of opinions and stances of right-oriented Bratislavans too differing to be covered by a single party. They would prefer a smaller number of parties to select from, though. They would welcome one stronger party which would make a counterbalance to Smer and several other groupings which would address for example more liberal or more conservative voters.

“The problem is that the offering parties is too rich, and it is understandable that voters do not know whom to give their vote,” political analyst Grigorij Mesežnikov opined for Sme.

Bratislavans would rather give their vote to a bigger party so that it does not get lost, he added. Mesežnikov thinks that mostly big opposition parties like Sieť, Most-Híd or Christian-Democratic Movement (KDH) can profit from this.

Poll respondents agreed that the decision process will be hard but they look likely to vote. They think that the four years of Smer’s rule must be replaced. All of them agreed  that any result would be better than a Smer-SNS (Slovak National Party) coalition.

Voters in the capital characterise themselves as more educated, experienced, and  knowledgable; they differentiate themselves not just against Smer but also against its voters.

“A rightist voter in a city cares more for problems and systemic solutions also in spheres that may not impact him directly but are strategic for state,” said Pavol Baboč, a political analyst of the Political Science Department of Comenius University. These include health care, education, judiciary or corruption, according to him. On the other hand, people from regions outside capital are more focused on problems directly concerning them, for example low wages or the unemployment rate.

“[Right leaning voters] are usually university graduates, experience from abroad, who have a relatively well-paid job,” he said.

Voters see the beginning of the decline of the right wing not in the leak of the alleged Gorilla file, or the fall of the government of Iveta Radičová. Rather,  they have repeatedly mentioned the 2006 election, before which the KDH left the government led by Dzurinda in a dispute over a treaty with Vatican.

Baboš pointed out that not only Smer voters tend to oversee corruption and failings of politicians. However, for their preferred party they are not satisfied just with minor changes but require deeper, systemic changes. When everyone is corrupt anyway, the question is who can at least do something useful for the country, Baboš says by way of summing up their considerations.

Right-leaning voters do not push on specific solutions to problems; it is enough if politicians can put their fingers on troublesome issues and pledge to deal with them as a priority, he added.

The hard times for Bratislava's right-leaning voters may stem also from the split of SDKU, to which they used to be connected emotionally. They have not created yet such a strong emotional connection to current opposition parties, Sme concludes.