Final decision on NATO multi-national force due by July

NATO DEFENCE ministers, meeting in Brussels on February 10, greenlighted the establishment of a new multi-national force aimed at bolstering the defence of the member states most threatened by Russia's activities. 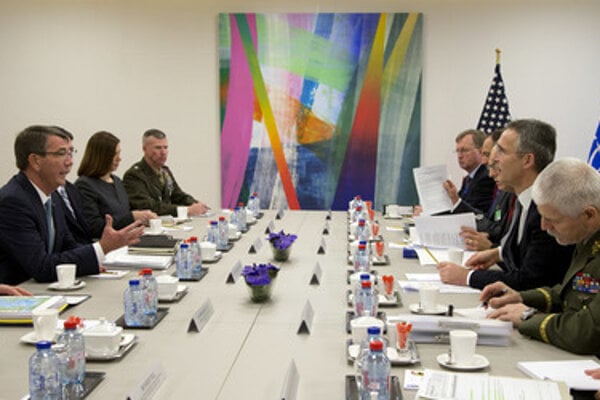 Slovak Ambassador to NATO Tomáš Valšek pointed out that the forming of the force is still under consideration and that the final decision is expected to be made prior to the NATO Summit in Warsaw, slated for July. He also stressed, as quoted by the TASR newswire, that the February 10 initiative of the Alliance is designed to strengthen defence and deter potential challengers.

“We’re turning to military experts to have them work out the specifics,” Valášek said. “It’s no secret that we’re talking about bolstering the military presence but what’s important here – and we voiced this, too – is to send these units where they’re needed and not the other way around,” said Valášek, adding that such countries would be those sharing a direct border with Russia.

The ambassador also pointed out that the measures would be defensive in nature, without any offensive potential.