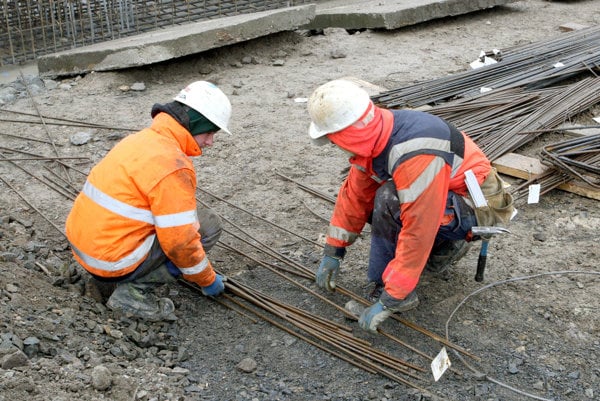 Unemployment has decreased and Prime Minister Robert Fico keeps reiterating that his government's created 130,000 jobs during its latest term.  While the Labour Ministry ascribes the positive developments to measures designed to support employment of people up to 29 years of age and the RE-PAS project focusing on re-qualification, others are not so sure.

“In general, working conditions in Slovakia have not improved any significantly; in some places they even worsened,” Branislav Ondruš, the state secretary of the Ministry of Labour, Social Affairs and Family told The Slovak Spectator. “Some companies have to stop looking at employees as machines, from which they squeeze maximum and then replace them.”

According to Ondruš, this is a very serious challenge, because “it can happen to us that we improve qualifications, reduce unemployment, but people would leave [Slovakia] for better working conditions abroad.”

HR experts and employers say the government's policies do not address systemic changes and credit the new jobs to general economic growth.

“All these jobs certainly were not created only thanks to the cabinet; they often came about in spite of its measures as for example the change in the Labour Code, the Law on Services of Employment or introduction of extension of collective bargaining agreements,” Luboš Sirota, CEO and general director of McROY Group, told The Slovak Spectator. “Support for job creation from the side of the cabinet has been limited in a large extent only to short-term subsidy programmes while positive systemic changes are missing. Thus it was the global economic revival behind the increase of employment than the steps of the cabinet.”

Robert Chovanculiak, an analyst at the Institute for Economic and Social Studies (INESS) think tank, remarked that the cabinet can create new jobs only in the public administration with money it takes from the private sector. In the private sector it influences creation of jobs through taxation and regulatory policy.

“If it lowers levies or taxes, if it supports graduates, then it de facto only removes the obstacles it has built,” Chovanculiak told The Slovak Spectator.

While Sirota is not able to identify any positive systemic measure, he listed short-term measures like employment for young people (on-the-job training of graduates) and the long-term unemployed (forgiving of levies) that compensated companies for the cost of training as positive projects.

Michal Páleník, the head of the Employment Institute, praised payroll tax deductions for low-income earners, but criticised the technical side of this measure. Chovanculiak added that this measure had prospects to be a successful measure, but its bad technical implementation and the fact that it did not mimic development of the minimum wage have harmed its impact.

On the other hand, measures like the increase of income and payroll taxes imposed on limited time agreements have not resulted in higher employment as expected, according to Sirota, and the extension of collective bargaining agreements has not improved the position of employers.

Employers support measures that target the long-term unemployed and graduates. Rastislav Machunka of the Federation of Employers’ Associations (AZZZ) highlighted the launch of dual education. Among other measures he listed the payroll tax deduction, but he criticized the increase in the minimum wage.

Ondruš said the increase can help boost all wages.

“It is not only people who are failing to find a proper job in Slovakia that have a material motivation to leave Slovakia, but also those whose qualifications give them a chance for an income several times higher abroad,” said Ondruš. “Thus the goal cannot be a high employment based on cheap labour force. This is not only short-sighted but this also does not remove the motivation to migrate for work.”

Martin Hošták, secretary of the Republic Union of Employers (RÚZ) believes that making competitiveness the priority of any cabinet would not only help the Slovak labour market but also the whole business environment.

“It is actually the only tool by which we can affect the performance of the economy and thus also employment,” Hošták told The Slovak Spectator adding that Slovakia lost monetary tools when it adopted the euro and fiscal possibilities are also limited.

Fico promises that if his Smer is a member of the cabinet during the next election term, it will create 100,000 new jobs.

Ondruš specified that the ministry used 2015 to prepare systemic changes to be implemented in 2016 that should lead to higher employment including employment of those out of work in the long term. The ministry plans to change the system of re-qualification. He also points out that about 80,000 registered jobseekers work with short-term contracts and thus very little is needed for them to find their way back to a full time job.

Páleník does not see the Fico’s promise as realistic. He estimates that the cabinet would need €2 billion annually to meet this promise.

Chovanculiak believes that will be the biggest determinant of future job growth.

“A possible Fico cabinet can only strengthen or weaken this trend, depending on its approach to reforms of the business environment,” said Chovanculiak.

Sirota expects that employment in Slovakia would continue to grow, and estimates that the number of the employed would increase annually by about 25,000-30,000 and thus 100,000 jobs might be created over a four year term.

“But the reason would be rather economic than the policy of the Smer party,” he said.