Development in the sector is good, but mostly comes from EU funds. 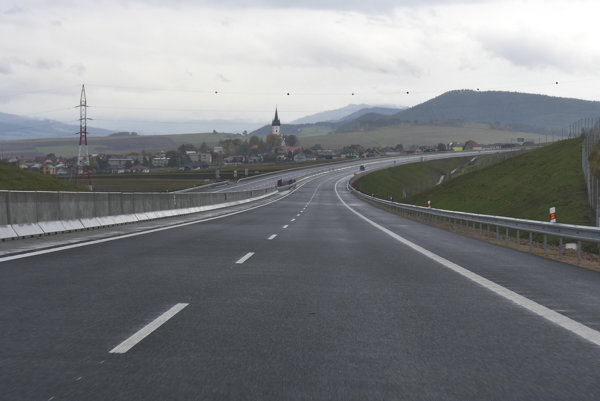 AFTER several years of decline, Slovakia’s construction sector significantly improved last year. This was mostly the result of the country trying to draw the last European Union funds from the package allocated for 2007-2013 period. Though analysts say that the sector will continue expanding also this year, the growth will not be as rapid as in 2015.

After the construction boom in 2008, conditions in the sector kept deteriorating every year. In 2015, however, the situation started stabilising, Zsolt Lukáč, head of the Association of Construction Entrepreneurs of Slovakia, told the TA3 news channel.

“The construction sector bounced from the bottom and has a chance to move forward,” Lukáč told TA3 in October 2015.

Over the first eleven months of 2015, construction output amounted to €4.8487 billion, up by 17.1 percent year-on-year. Domestic output grew by 17.8 percent to €4.6226 billion. The volume of works in new construction, renewals and enhancements rose by 24.5 percent to €3.4557 billion, while repairs and maintenance works rose by 2.8 percent to €1.1262 billion, according to the data of the Statistics Office (ŠÚ).

The sector benefited mostly from massive investments into infrastructure construction, caused by the need to exhaust EU funds from the previous programming period which Slovakia needed to spend by the end of 2015, said Ľubomír Koršňák, analyst with UniCredit Bank Czech Republic and Slovakia. The production in this segment increased by 50 percent y/y on average, while it amounted to 70-80 percent in summer, he added.

“In the second half of the year, however, the growing economy and restoring residential real estate market drew also the building construction sector which was able to partially substitute the infrastructure sector which gradually started losing dynamics due to completion of the EU-funded projects,” Koršňák told The Slovak Spectator.

Though the production in the building construction sector was good, it still lags behind its 2008 maximums by nearly one-third, he added.

“More intensive construction and modernisation of roads and railway corridors as well as finishing the 2007-2013 programming period in some operational programmes undoubtedly impacted the dynamics of construction for a while, and also increased employment in this sector,” Kóňa told The Slovak Spectator.

“Deriving the funds had a significant impact, and the government tried to use the maximum of funds and exhaust the sources to construction,” Vacek told The Slovak Spectator.

The companies are, however, afraid of what will happen after EU funds are exhausted. One of outcomes may be that there will not be enough work for employees. Though the country will start drawing funds from the 2014-2020 period in the beginning of 2016, the impact on economics will not be as massive as in 2015.

The value of public orders, however, has already dropped by 22.3 percent between January and August 2015. The employers may thus be afraid they will not have enough orders, which may result in layoffs, Vacek told Hospodárske Noviny.

The positive impact of public investments on employment growth is only temporary, and there is a question whether it will continue growing also after the funds are exhausted, INESS think tank analyst Robert Chovanculiak told Hospodárske Noviny.

Kóňa says that drawing the EU money will continue also in 2016, especially when it comes to big infrastructure projects. Thus they do not expect any negative impacts on construction.

The year 2015 saw several small construction companies going bankrupt, as a result of late payments they received for their work. The late payments are considered one of the biggest problems which complicate doing business in the construction sector, the public-service RTVS reported in late December.

The problem was re-opened mostly in connection with the Váhostav scandal, when the construction firm did not pay most of its suppliers.

“The situation improves, but it still remains very serious,” Vacek told RTVS, adding that the improving conditions are mostly due to the fact that companies refuse to take orders for dumping prices.

One way to improve the situation is the introduction of the bank guarantee. Every company willing to construct highway or expressway sections will have to show it. If they are late with payments, the guarantees will be paid to smaller suppliers, RTVS reported.

Construction companies, however, warned that the guarantee may increase prices.

Another measure, which came into force in the beginning of 2016, allows companies not to pay VAT from unpaid invoices.

While originally the changes were to apply only to companies with an annual turnover of €75,000 and less, the final document increases the upper limit to €100,000, according to RTVS.

Companies active in the construction sector welcomed the change, though some firms considered the limit low.

The second half of 2015 brought another big issue. Media outlets reported that Apollo Business Centre 1 in Bratislava and Centroom multifunctional building in Piešťany (Trnava Region) have problems with their stability.

Both buildings were emptied in October due to structural flaws and a danger of their collapse. Experts say that pressure to reduce costs and construction times and insufficient supervision are behind increasing problems with the structural stability of these buildings.

Back in the summer of 2012, a similar problem occurred and the roof of a five-storey garage of the 3nity development in Bratislava collapsed just two weeks before it was set to get final approval. The incident took place on a Sunday, averting injuries.

That, however, was not the case when a highway bridge under construction collapsed close to Kurimany in November 2012, that left four workers dead and 11 injured.

The Apollo, Centroom and 3nity projects are connected with the name of one structural designer, Ján Tomčáni. After the collapse of the roof in 2012 he was stripped of his licence he held between 2001 and 2013 and charges were filed against him.

Thanks to the initiation of public discussion about these problems, the situation partially improved and investors began paying more attention to the quality of the companies which will carry out their projects, Vacek told The Slovak Spectator.

“In many cases, however, the competitions are decided based on the lowest price regardless of the quality, so nothing is won yet,” he added.

The construction sector should expand also in 2016, though the growth will not be as massive as in 2015, analysts say.

“We expect that after completing the EU-funded projects the segment of infrastructure construction will significantly drop in annual terms,” Koršňák said. “No significant highway construction began last year, the completion of competitions on several stretches was postponed to the beginning of this year, including the definitive decision over construction of the new Bratislava bypass via PPP projects.”

The big infrastructure projects will gradually start again later in the year, he added.

The loss caused by infrastructure projects will be partly compensated by the growing segment of building construction, though not right from the beginning of 2016.

“All in all, we expect the construction sector will maintain last year’s production level,” Koršňák added.

“We still expect the more significant launch of investments, particularly from private investors,” said Vacek, adding that the private investments may impact also the employment growth in the sector.