THE SLOVAK National Theatre (SND) started the Eurokontext festival three years ago, resuming the tradition established by its predecessor, Eurothalia. 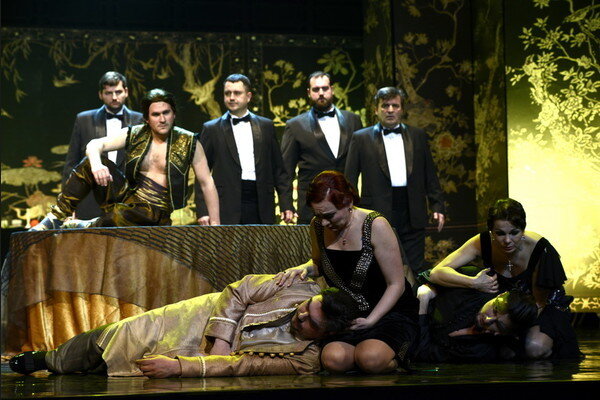 The first year of Eurokontext brought both drama, and opera with ballet. In 2015, the festival started as a biennial, bringing drama every two years and opera with ballet in the meantime. Last year, fans of drama were offered the chance to enjoy performances by leading theatre houses from nine countries, including Belgium, the Czech Republic, Georgia, Hungary, Germany, Poland, Austria, Ukraine and the host country.

Fiery Angel by Moravian-Silesian (Moravskosliezska) National Theatre Opera in Ostrava; Tell Me on Sunday by Opera Graz, or the Harlequin Restor’d! by Cologne Baroque Ensemble will be completed with Slovak performances, not just of the SND, but also of the Košice State Theatre.

Tickets for the festival to take place between May 20 and June 3 can be bought with a 10-percent rebate until March 31, either through www.eurokontext.sk (where also more detailed information can be found), or via www.snd.sk.