THE MARKET share of foodstuffs produced in Slovakia in the second half of 2015 was 62.5-percent, compared to the 62.4 percent posted in the first half of last year. 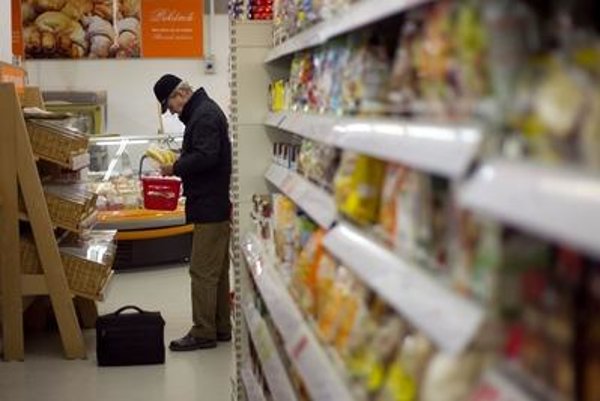 This was confirmed by Agriculture and Rural Development Minister Ľubomír Jahnátek during a news conference on February 11 when he presented the results of a survey of domestically produced foodstuffs sold on the Slovak market, the TASR newswire reported.

The market share of 62.5 percent is a very good figure with regard to the current chaos on the European food market, according to Jahnátek.

“We had moderate growth during the second half of 2015,” said Jahnátek, as quoted by TASR. “The survey was carried out at 46 large retail chains with a total market share of €10 million annually. The statistics no longer include Carrefour, which is struggling with its own economic problems.”

The survey indicated that the best results were recorded by the domestic poultry industry, said the minister, specifying that this industry has been reporting the highest domestic share, namely 86.4 percent for the whole monitored period. Honey producers posted a market share of 85.8 percent, while the sugar refining industry had a share of 80.9 percent.

The largest amount of Slovak food in the monitored period was sold in stores of the retail chain Coop Jednota. The average for Coop Jednota was 68.2 percent.

Conversely, Lidl came out worst in terms of domestic food sales with a share amounting to only 16.4 percent. Kaufland reported a share of 54 percent, Tesco Stores 51 percent and Billa 45.6 percent.