WHISTLEBLOWER Oto Žarnay was right about the allegations that he made about the school in Košice, where he worked as a teacher until he was fired in 2013, and its ungrounded spending of public finances, the Supreme Audit Office (NKÚ) audit found. 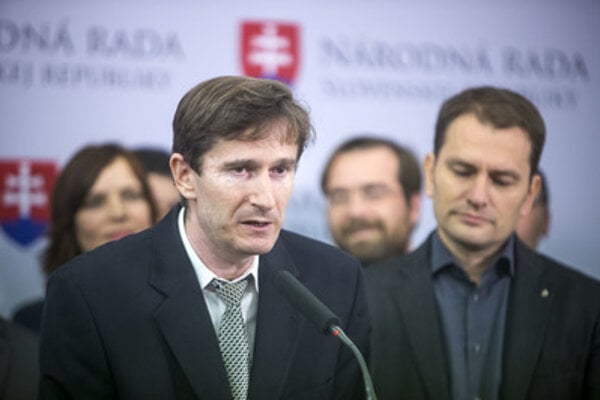 Oto Žarnay was a regular teacher at the Business Academy Polárna in Košice. He also served as the head of the school board at his school. In 2013, Žarnay started pointing to discrepancies in accounting and financial services of the school. The Business Academy set a public procurement for the provision of the external legal services for €10,000 for the 2010-2012 period. Žarnay requested a reasonable explanation from the school management, since this sum was quite immense for that kind of service. Žarnay was not put off by the unwillingness and evasiveness of the school to clarify the purpose of these financial resources, but his curiosity did not pay off for him, since he was fired in May 2013, officially due to organisational reasons.

However, a disappointed Žarnay, who had been teaching Slovak language at the Business Academy Polárna for 25 years, did not give up and has been arguing with the representatives of the school that his dismissal was not justified. Žarnay also initiated an investigation of this case at the Supreme Audit Office (NKÚ) and its current director, Karol Mitrík, decided that an extraordinary audit would be carried out at the school.

Although the audit lasted longer than originally expected, NKÚ finally reached its conclusions in mid-February. The auditors took a look at the budget, accountancy books and internal control system.

“A breach of financial discipline amounting to €51,000 occurred, owing to the use of public resources beyond the legal scope,” said the spokeswoman of the Supreme Audit Office, Daniela Bolech Dobáková for Denník N. “Neither the rules concerning the provision of the public resources (almost €49,000) were met, nor their economical spending (more than €2,000).”

NKÚ auditors also found that the school did not determine the subject of the order precisely and it did not keep all the documents after signing the contract, which is also illegal.

Furthermore, NKÚ found that the contract for legal services was signed for €5,400 in 2010 and in April 2012 for another €6,600. Nevertheless, the Business Academy Polárna was not able to come up with relevant evidence that would prove to what purpose this money had been used. The school argued that these sums were set “approximately according to available price determination”. However, NKÚ ascertained that one other school in Košice had a contract with the same legal company, but €1,800 cheaper.

NKÚ thus confirmed that financial fraud occurred at the Business Academy in Košice.

Žarnay’s dedication and determination was also awarded by the civil associations Fair-Play Alliance and Via Iuris in 2013, when he was awarded the White Crow award for whistleblowers.

Oto Žarnay, who had been unemployed for more than one year after being sacked, is now running in the upcoming parliamentary elections for Ordinary People and Independent Personalities-NOVA (OĽANO-NOVA) and welcomed the conclusions of NKÚ.

“I am glad that three years after I pointed out non-transparent usage of the financial resources at the school where I was teaching, my suspicions have been finally confirmed,” he said as quoted by the SITA newswire, and added that “truth will always win at the end and its worth risking for it”.

The school, however, voiced dissatisfaction with the results, which it labelled “ungrounded” and will probably resort to appeal procedures. The NKÚ press release is not based on the Protocol about the result of NKÚ audit because, for instance, it states disutility of legal services that is not stated in the Protocol at all, said director of the Polárna school Peter Ivan for Denník N.