A STRONG gale has again ravaged the growth of fragile trees in the High Tatras. 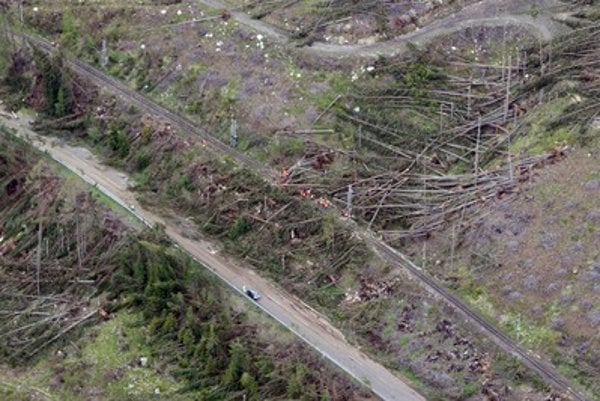 In the second week of February, around 2,000 trees in the western part of the Tatra National Park (TANAP) were damaged, coordinator of communication with public of the TANAP State Forests, Lenka Burdová, informed the SITA newswire.

“The biggest damage was caused by wind in the Habovka zone of protection, in areas where the growth was  already disrupted in previous years,” she said. “As the soil was frozen, the gale broke most of the trees this time.”

Foresters of the TANAP State Forests can work in the stricken area and remove the aftermath of the gale in the areas with lower levels of natural protection. However, in the no-intervention locality, the blown-down trees will remain unprocessed.

Burdová also recalled that the strong gusts of wind, along with the force of recent gales have been increasingly intense during the past few months and therefore we can expect that the forests – impaired by winds and by bark-beetle – will be unable to withstand the harsh weather.