A TOTAL of 443 university lecturers took part in the strike organised by the University Teachers Initiative (IVU) on February 15 across Slovakia. 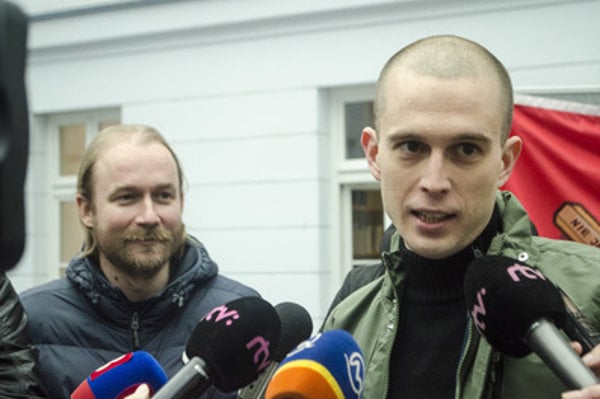 Most of them hail from Bratislava-based Comenius University, the TASR newswire learnt from Juraj Halas of IVU. Lecturers from 18 out of a total of 35 Slovak universities are involved in the strike, which comes on the heels of the Slovak Teachers’ Initiative (ISU) that began on January 25, according to the organisation's website isu.sk.

“With the strike, we’ve sent a clear message to both the incumbent and future governments that university educators stand ready to defend the interests of their colleagues from kindergartens, elementary and secondary schools,” said Halas, adding that the strike is still underway. He also pointed out for TASR that managements of some universities in eastern Slovakia are attempting to obstruct employees from joining the strike.

Since February 15, a portion of university lecturers have stopped their work and gone on full-fledged strike, thus following up on the activities of the Slovak Teachers Initiative (ISU) that has suspended its strike, but chose to remain on strike alert. Despite the protests, universities will remain open, with employees organising cultural events and discussion meetings.

Lecturers at the Pavol Jozef Šafárik University (UPJŠ) in Košice cannot organise meetings as their colleagues in other regions do, IVO’s Halas told TASR. The management do all they can to prevent them, although leadership of individual faculties tolerate the strike. Halas added, however, that he hopes that UPJŠ employees with manage to overcome these obstacles and organise discussions or other events.