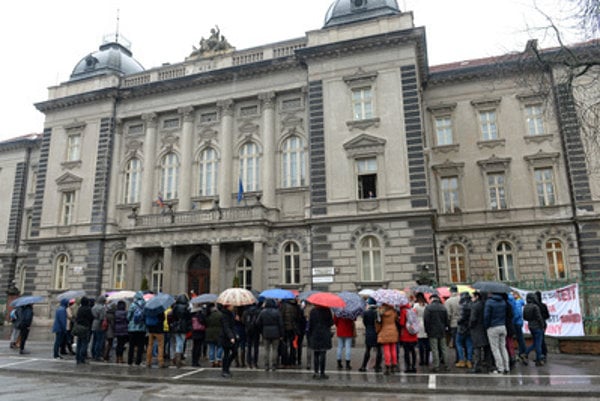 The faculty issued a press release distancing itself from the allegations on February 17.

The academic senate will debate at its next session a package of measures to make sure that “UPJS's Medical Faculty’s good name isn’t damaged,” Faculty Dean Daniel Pella informed the TASR newswire in a statement, without being more specific concerning the nature of the measures. Italian national and former faculty student identified as Antonio N. who now works as a study advisor at the faculty allegedly asked certain students for bribes amounting to at least €1,500 each, for using his contact with lecturers and making sure that their exams were passed successfully.

A prosecutor of the Special Prosecutor’s Office has already scrapped certain charges, according to a report published by the Korzár daily, with charges in one case still pending – against the Italian, former faculty dean Leonard S. and the mother of a female student. The case involves an alleged bribe of €12,000 for ensuring the young woman in question be accepted to the Medical Faculty. Certain media have published alleged transcripts of mobile phone communication between the accused acquired by police that are serving as evidence for the alleged bribery.

Both Antonio N. and Leonard S. deny the accusations.