Prime Minister Robert Fico said that he felt "cautiously optimistic" when he left for the two-day summit of the European Council, slated to begin in Brussels later on February 18. 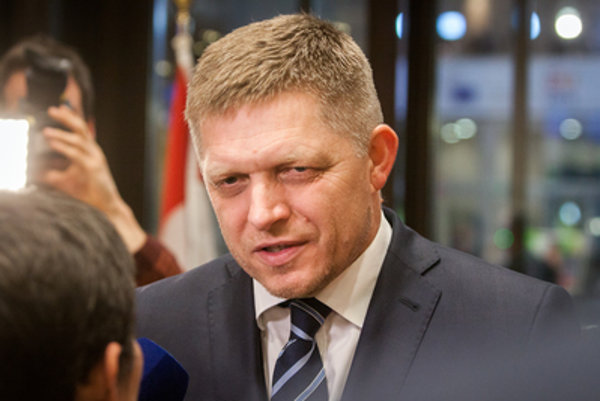 At the summit, specifics of the reform in relations between EU and Great Britain, demanded by London, are expected to be worked out, with the result of the upcoming UK referendum on EU membership hanging in the balance, according to the TASR newswire.

“I believe that some sensible compromise can be hammered out because we want Great Britain to remain in the EU,” said Fico at the parliamentary European Affairs Committee session prior to his departure, as quoted by TASR.

The Prime Minister said that he considers it important that the motion to address British demands, drafted by European Council President Donald Tusk, does not bestow veto rights on eurozone non-member states.

“Hence, they can’t veto our decisions. However, we’re not opposed to having eurozone non-members involved in big decisions,” said Fico, as quoted by TASR.

One issue still open is that of migration for work from other member states, which London wants to restrict. The Visegrad Four group (Czech Republic, Hungary, Poland, Slovakia), for instance, advocates the notion that these limitations should not have a retroactive effect and should not apply to pensions.

Also under debate is the length of the transitional period during which the access of foreign workers to social benefits is to be limited, TASR wrote.