FORMER Supreme Court chair Štefan Harabin has filed a criminal complaint against current Supreme Court head Daniela Švecová and Juraj Kliment, head of one of the court’s panels for compromising the court’s independence. 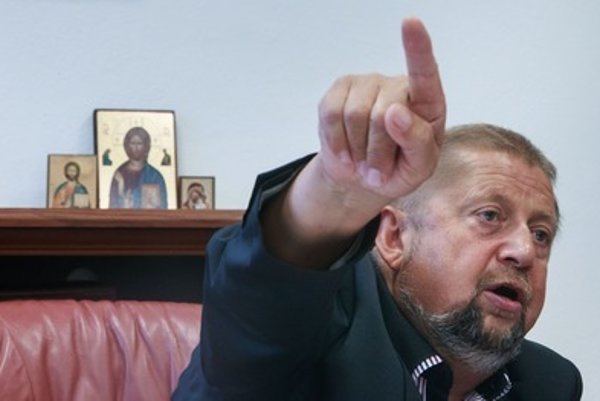 In his constitutional complaint Harabin is demanding compensation amounting to €100,000. Additionally, as part of his disciplinary proceedings he also wants to check Švecová's mental condition, the Sme daily reported on February 18.

Harabin is again complaining about Švecová’s changes in the court’s panels schedule which in fact cancelled his leadership of a panel. The leadership was then given to Kliment who is one of the most notable of Harabin’s critics, according to the daily.

Later Kliment was distributing particular cases to judges in such a way that Harabin could not decide in those cases. Harabin is complaining that this means that an accused persons’ right to a legitimate judge was violated, Sme wrote.

Meanwhile Švecová has complained that disciplinary proceedings against Supreme Court judges Štefan Harabin, Viliam Dohňanský and Gabriela Šimonová seem to be protracted, unsystematic and, due to changes in the makeup of senates, also quite problematic.

Švecová has filed three disciplinary complaints against Harabin. In the first motion she demanded to have Harabin transferred to a lower-level court, whereas in the second one she proposed a financial penalty. De-benching was chosen as the aim of the third proposal.

This was written in a letter addressed to the chair of Disciplinary Panel 6 Ds which was also sent to Justice Minister Tomáš Borec, the TASR newswire reported on February 18.

“Of particular importance seems to be the need to reconsider the manner in which decisions on temporary suspensions are made, seeing as the current wording of the law grants leeway for creating obstructions to the proceedings and thus delaying the verdicts on such motions,” said Švecová, as quoted by TASR, whose proposal to suspend former Supreme Court chair Harabin has not met with success.

The Supreme Court chair has therefore advised the justice minister to entertain an appropriate change in legislation, according to Urbančík.

“In cooperation with the Judicial Council, the Supreme Court chair will table a number of motions and suggestions regarding legislative amendments that concern the standing of judges,” Urbančík said, as quoted by TASR.