Employment through agencies is a common way of flexible work arrangement in western Europe and America. However, in Slovakia it is perceived rather negatively, due to illegal practices of a great number of agents who apply various tricks to try and rob both employees and the state of benefits and tax revenue. 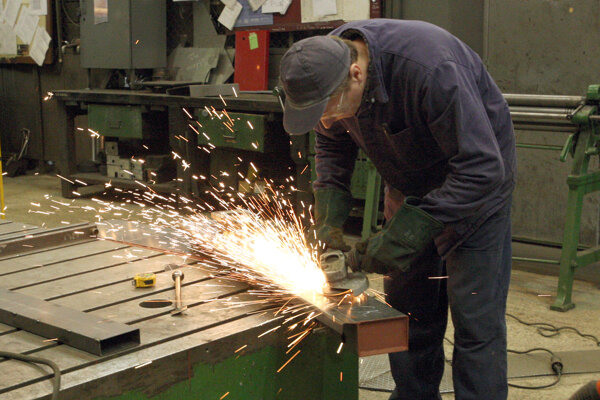 The problems facing agency employees in Slovakia are nothing special in the EU. In nearly every member state, agency employment struggles with similar problems. State bodies are dealing with stopping such problems. Most frequently governments take two directions: strengthening state checks and changing legislation. Both directions complement each other, and one cannot exist without the other.

The agency of temporary assignment can become a legal entity only by fulfilling a large number of conditions including having assets worth a minimum of €30,000. With a natural entity, a bank guarantee amounting to €15,000 is enough. Very many people imagine that an agency employee equals an assembly-line worker. This idea has survived thanks to the media image of this sphere as journalists write mainly about crooked practices of some so-called agencies, or connect them with illegal employment. But this is no longer true. The structure of business for the Manpower company is about 40 percent in industry, and the rest is represented by services and specialised branches: IT, technicians, financial specialists, call centre workers, warehouse workers and so forth. Abroad, the construction and hotel sectors are big, but in Slovakia big companies secure flexibility in human resources thanks to a network of small sub-contractors.

The biggest problem, however, are illegal agents who do not even have a licence, are under no regulation, and often abuse foreigners. How do you recognise fraudulent practices? Mainly by low prices. If the invoicing is lower than the gross wage of the worker plus social and health insurance, it is quite clear something is wrong. Alas, this is convenient both for the employer (who saves money) and the employee (who gets more money cash than if his income was taxed). In these cases, the state is robbed of money, and the worker may not get a pension.

Most frequently, contracts for one-time work were abused and instead used for full-time jobs. An employee thus loses entitlement for paid holiday, sick-leave payments, and because it does not pay payroll taxes, the agency has much higher margins. This most blatant way of cheating has recently been banned but creative lawyers keep coming up with new tricks.

Under the new rule, it is necessary for the duration of employment to be stated in the contract on assignment; thus, it is not possible anymore to state “for the term needed” as had been done before. If the employment is terminated earlier, the employee is entitled to all payments stipulated by law for notices due to redundancy (meaning redundancy payments). This regulation decreases the flexibility of the labour market and may mean that an employer ultimately does not hire a person at all.

The new legislation also limits the chaining of contracts for a limited period of time at one user. Agency employment is inherently a solution to cover seasonal oscillations or projects with a limited duration, (software development, product testing, collection of field data, for example). The limits on contract chaining to two years, and a maximum of four times, has brought greater stability to workers and forces employers to hire workers as regular workers/permanent staff if the job is long term and they are satisfied with the employee.

Another new rule is the “presumed existence of a regular employment with the user-employer”. According to this rule, if the maximum number of assignments is exceeded, or if the duration of assignment is exceeded, this means that the duration of employment is undetermined and thus ties with agency expire. Thus, it can be simply said that the temporarily assigned employee becomes regular staffer of the client, for an indeterminate duration.

Another way that companies tried to save money was by violating comparable conditions. In fact, this is discrimination and unequal treatment, as the agency employee receives less money for the same work as compared to a permanent staffer. Here, the company using an employment agency now has shared responsibility, and it will no longer be so easy to use audits as an excuse to the agency.

In the past, frequent fraud and failure to pay social and health insurance came by way of using official travel orders. An employee got minimum wage and the rest was paid in travel allowances on which no levies are paid. Starting this year, this has become more difficult, as a travel order can be now issued to the agency employee only by the “user” of agency employment, the company itself. This solution is not perfect and watertight, but it helps to better expose those agencies which taint the good reputation of this type of work.