What does a company need to do when employing a foreign national? 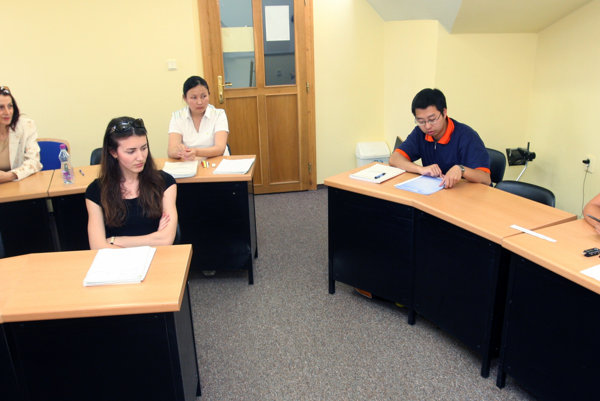 Conditions for employing foreigners in Slovakia depend on many factors, particularly on the country of origin of a potential employee and on the type of his stay. For some foreign nationals, however, the process might take as much as five months.

Citizens of the European Union, European Economic Area member states and the Swiss Confederation (EU citizens) and their dependants are in an easier position when searching for a job in Slovakia. From the labour-law point of view, they have the same position as citizens of the Slovak Republic.

If the employer decides to employ such a foreigner, the only difference compared to employing a Slovak is that he has to report this at the local labour, social affairs and family office (labour office). Within seven workdays from when a foreigner begins the job, or after he leaves it, the employer is obliged to deliver to the labour office an information card about the start/end of the labour-law relation of an EU citizen or his dependant/family member on the Slovak territory. In the case of a dependant/family member of an EU citizen, the employer has to add also a copy of the work contract.

Another group consists of foreigners who can be employed without obligation to acquire a special permit which is possible thanks to the nature of their stay in Slovakia. Mostly, these are foreigners whose primary objective of stay here is not to work, but their stay enables them to work to a certain degree. The biggest part of this group is third countries nationals with permanent residence in Slovakia, and Slovaks living abroad. People under international protection (refugees and people with subsidiary protection granted), foreign interns, journalists or clerics belong here to. Their work activity in Slovakia is in no way limited.

Legislation largely limits the possibility of work for other groups by the previous duration of their stay in Slovakia, by maximum duration of employment or by their field of work. Foreigners with temporary stay aimed at uniting a family are entitled to work without the obligation to acquire a work permit for one year after acquiring a permit to stay has elapsed. Asylum seekers, if their asylum request has not been decided upon, after nine months, and foreigners who became victims of human trafficking, for example, after 180 days.

Foreign students at university are entitled to work in Slovakia a maximum of 20 hours per week; students of secondary or language schools a maximum of 10 hours a week. Research workers with temporary residence aimed at research and development can only do pedagogical activities a maximum of 50 days in a calendar year, exceeding their host agreement.

Some categories of foreigners who come to work in Slovakia for a very limited period of time do not need a special permit for employment either. These include, for example, participants of scientific or artistic events, the work of which in Slovakia cannot exceed 30 days in a year; or workers doing some industrial construction or repair work, programming work or expert training, whose work cannot exceed 90 days in a year. If an employer requires the foreigner to work exceeding these limits, a foreigner would have to acquire a temporary stay permit, aimed at employment, first.

Similar to employees from the EU, also for nationals of third countries who are not required to obtain a special permit for work, the administrative difficulty of obtaining it is comparable with employment of a Slovak citizen. Apart from the above-mentioned reporting duty the employer is required to keep a copy of his document proving his stay for the whole duration of employment.

Labour and residence permit in one

Thanks to transposing of an EU directive on a single application procedure for a single permit for third country nationals to reside and work, the administrative difficulty of procuring an employment permit has been partially reduced, as the two-stage character of this process has been eliminated. In the first stage, third country nationals had to acquire a permit for employment, and based on this, in the second step, a residence permit. Due to this change, this process has been simplified. Thus, a foreigner is not forced to communicate with two offices but the foreign police procure the documents for issuing unified residence and employment permit directly from the labour office.

The original, two-stage process has been preserved only in the case of seasonal employment, employment of sailors and special situations of foreigners who are allowed to work without an obligation to get an employment permit after some stay in Slovakia if they want to be employed before this time elapses.

An employer who decides to employ a foreigner for whom no legal exception applies must first report the job vacancy on a separate form to the due labour office. He must report it at least 30 workdays before the application for temporary residence is filed. During this period, the labour office will check on whether there is no job applicant registered in his evidence who would fulfil conditions for this vacancy. Only if no such applicant in the labour office evidence is found, the employer can be allowed to employ the foreigner.

Only after the 30-workday deadline has expired, a foreigner can ask for temporary residence for the purpose of employment. If he or she filed the application earlier, foreign police would turn it down without further evaluating it. The application must have attached a valid passport, two photographs (3x3.5 cm), employment contract or promise of employment, a certified document proving the education, criminal record report, a document proving accommodation in Slovakia, a document proving the financial provision of the stay, and an administrative fee of €165.50 or €170, depending on whether the application is filed at the foreign police or Slovak representation abroad, must be paid. Police will decide on a temporary stay within 90 days. Only after the temporary residence permit is issued, a foreigner can start working legally.

The hiring itself of a foreigner is not much different from the previous cases. Only the duty of the employer to inform the labour office in case the foreigner failed to start working within seven workdays from the day agreed upon as the first working day, is distinctive. The disadvantage, however, is that such a foreigner can be employed only in employment relationship. No work agreement outside the employment relationship (f.e. work performance agreement) is allowed.

The whole process of employing a foreigner, from his selection to starting a job, thus lasts for about five months, which corresponds with the legislation focused primarily at protection of the labour market and the situation when the economy is able to fill vacancies with domestic labour.

A special type of temporary residence – Blue Card – should represent the simplest and fastest way for a foreigner to enter the labour market in Slovakia. The deadline for issuing this type of residence permit has been shortened to 30 days. Acknowledging qualification as necessary materials for acquiring Blue Card takes approximately three months, however. In Slovak conditions, this type of residence permit is used very little.

More detailed information on employing foreigners in Slovakia and solution of individual situations can be found at www.iom.sk , or at 0850 211 478.

23. Mar 2016 at 6:55  | Compiled by the office of the International Organization for Migration (IOM) in Slovakia

Read more articles by the topic
This article is also related to other trending topics: Foreigners in Slovakia