Personal ownership, family reasons and unwillingness to spend hours commuting to work are the most cited reasons for low internal labour mobility in Slovakia. Though companies have adopted measures to attract employees from more distant places and the Labour Ministry claims to have strategies to support labour mobility, experts point to several gaps in the system. “The reasons are the missing tradition in commuting to work and illegal labour, especially regarding the unemployed,” Martin Hošták, general secretary of the National Union of Employers, told The Slovak Spectator. 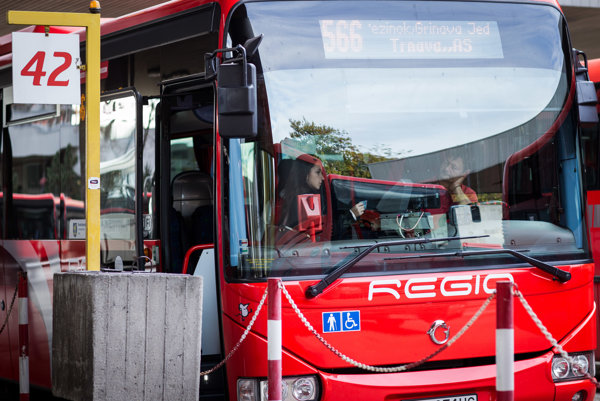 To increase the labour mobility, it is necessary to provide people with benefits focused on internal mobility and to support rental housing in Slovakia, said Labour Ministry spokesperson Michal Stuška.

“The fact that Slovaks belong to Europeans the most tied to their own properties plays a role in economic thoughts of families which are related to the market price of their properties,” Stuška told The Slovak Spectator.

Experts agree that the personal ownership of properties belongs to the barriers to labour mobility, but also point at the distance between their residence and place of work, bad infrastructure and also low state support.

Michal Páleník of the Employment Institute, however, says that not all people should commute to work and leave the regions they live in.

“If there is not work, the response of the state should not be to move out and leave it empty,” he told The Slovak Spectator.

People thinking about commuting to work or even resettling should first of all consider the salary they would get and other variables. In case of resettlement, also questions related to other family members like employment for a partner in the locality or a change of school, said Jana Mesárová, vice president of HR Alliance.

Up to two-thirds of 400 jobless from across Slovakia do not want to move to a new place for work. While probably the same number of people is willing to commute to work, they do not want to travel for more than one hour a day, according to the survey carried out by the AKO agency for HR Alliance between October 22 and 27, 2015.

As a result, Slovak employers struggle to fill all vacancies with appropriate candidates.

The jobless say that the main reasons for low labour mobility are unwillingness to leave their family, low income and high commuting costs, time spent when commuting, and also health reasons, Mesárová told The Slovak Spectator.

One of the important factors is their refusal to leave their own house or flat.

“There is a problem with Slovakia lagging behind in constructing affordable rental housing,” Peter Dosedla of HR Alliance said, as quoted by SITA, adding that many of them do not want to live in lodging houses and renting a flat is expensive. “Thus they rather stay home and draw benefits.”

Low labour mobility is typical for people with lower education, who compose the biggest group registered by the labour offices, while people with university education want to commute, according to the survey.

The survey also showed that the labour mobility of people from eastern Slovakia is higher than of those living in other regions; though only 32.5 percent of them said they would resettle. For example, only 18 percent of respondents from Banská Bystrica Region said they would move out, according to Dosedla.

Also statistics about internal migration confirm that people move from the east to the west. Most of them come to districts around Bratislava where the flats and also land are cheaper than in the capital, said Vladimír Baláž, prognosticator at the Slovak Academy of Sciences.

Additionally, more women than men refuse to commute, according to the survey.

It is also true for Slovakia that young people without any bonds are more willing to commute than older people who are already settled.

“They rather cut costs and live from some benefits, or have some occasional illegal income,” Baláž told The Slovak Spectator.

One of the exceptions are women around 50 years, who care for old people in Austria. They obviously want to change something in their lives and also want to do this kind of work, Baláž added.

Experts agree that the state support for labour mobility is weak. People can currently ask for three types of benefits: commuting allowance, allowance for transportation expenses, and allowance to support labour mobility.

The last one was transformed from a resettlement allowance as of January 1, 2016. It is given to the jobless registered with the labour offices for more than three months who find work located more than 70 kilometres from their permanent address.

“Despite the relocation or commuting benefits received as part of the active labour market policies, employees are not willing to commute to more distant places,” Radovan Maxim of the Federation of Employers’ Associations told The Slovak Spectator.

While about 2,000 people received the commuting allowance in 2015, nearly 50 got the resettlement allowance, spokesperson for the Central Office of Labour, Social Affairs and Family Jana Lukáčová told the TA3 news channel.

Unlike the resettlement allowance, the new benefit does not require jobseekers to change their permanent residency. On the other hand, married couples are discriminated against as the state does not want to support both of them even if both have to resettle for their new job, according to Mesárová.

Baláž says that these active labour market policy measures belong to those less successful. Though the state contributes to commuting or resettling, the money cannot be used to buy a flat in, for example, Bratislava. He also criticises the limited time of the allowance.

Experts also say there is a lack of support for rental housing.

“Slovaks have a strong relation to property,” Baláž said, adding that unlike Czechs they prefer living in family houses.

About 50 percent of Slovaks live in the countryside, which is unique in Europe. Moreover, many rental flats were privatised in the 1990s, even if they were owned by municipalities. As a result, people are not accustomed to living in rental housing, Baláž explained.

Another way to improve the situation in regions is the construction of better infrastructure, experts say.

Unlike the state, companies offer various benefits to commuters, like accommodation and commuting benefits, extra bonuses or holiday.

Bratislava-based carmaker Volkswagen Slovakia, for example, has its own bus lines and provides employees with accommodation. Among other benefits are house loans, contributions towards holidays or children camps, various trainings and courses, as well as financial benefits or the possibility to use a nearby health centre, company’s spokesperson Vladimír Machalík told The Slovak Spectator.

Also Žilina-based Kia Motors Slovakia offers to its employees the possibility to use a bus, which transport them from within the whole Žilina Region. Except for them, employees may receive a discount to buy car or a contribution to house loan, said its spokesperson Jozef Bačé.

Despite various contributions, there is “no relevant benefit that would persuade people to commute to work”, Mesárová said.

In this respect, she mentioned a situation when they offered work in Lozorno (Bratislava Region) to inhabitants of Komárno (Nitra Region). Though the potential employees would receive a contribution towards accommodation and transport, only seven of 60 people were willing to hear the offer. Of them, only three took the job.

Páleník, however, points at the distance between Lozorno and Komárno, which is 150 kilometres. The journey takes some two hours, which means that these people would have to travel together four hours a day. Moreover, there is no direct bus or train connection as all lines end in Bratislava.

“Commuting should be possible to a certain limit,” Páleník said.

Employees receive the allowance during the first six months after they start working, if they have to commute from the place of their permanent residency to their work. They have to be registered with the labour offices for at least three months. The allowance amounts to a maximum of €135 a month, depending on the distance.

The allowance is given to jobseekers registered with the labour offices for more than three months who find new work at least 70 kilometres from the place of their permanent residency. They do not have to change their permanent address and can report only their temporary residence. The employees receive the allowance amounting to 80 percent of costs on accommodation (but not more than €250) during the first six months after starting working. The unemployed from disadvantaged groups can ask to receive the allowance at a maximum of €125 a month for an additional six months.