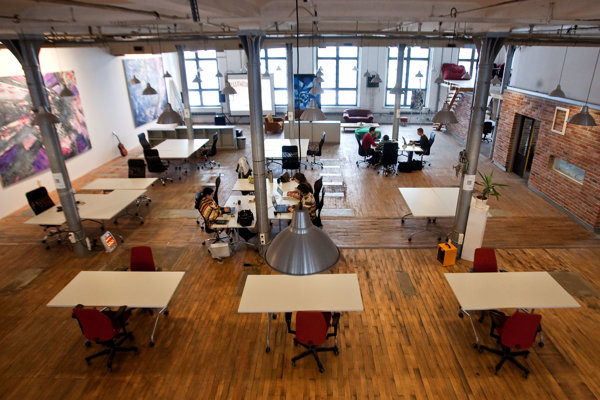 Peter Fabor was looking for a place where he could live, work and surf, so he boarded a plane to the Canary Islands to make his dream come true. There he launched a co-working centre, Surf Office. Before long his idea proved successful and he was able to expand his business to Europe and overseas.

Fabor was forced to go abroad to fulfil his dream not only because there is no sea in Slovakia to surf in, but especially because telework, working from home or sharing one job position is far from widely used on the local market.

Alternative forms of employment have limited use in an industrial country like Slovakia due to the nature of the work, according to Rastislav Machunka, vice-president of the Federation of Employers’ Associations (AZZZ).

“Flexible contracts are better suited for positions where workers can work independently on their own projects,” Machunka told The Slovak Spectator.

The long-term low interest of employees is caused by low economic and wage levels, said Vlasta Kostercová, co-founder of the web portal Flexipraca.sk, other wise they would be interested.

“People do not prefer part-times because it is not profitable at such low wages,” Kostercová told The Slovak Spectator. Processing of these forms of work and incorrectly set legislation do not make such employment any less complicated, Monika Voláková from Lugera & Maklér suggested in an interview with The Slovak Spectator.

Nevertheless, in modern jobs such as administration and IT services and highly skilled professions, Slovakia takes on global trends.

Agency employment - a chance for the unskilled

Within the Labour Code meaning, flexible forms of work like employment on fixed-term contracts, part-time and flexitime, job sharing, home and telework and temporary agency employment are possible on the Slovak labour market. The code section covers also three types of part-time agreements.

The most prevalent forms include agency employment, when an employee is hired by so-called custom employer for a fixed period, up to 24 months, but with the same conditions as a full-time employee.

Data from the EU statistics office Eurostat show that 8.8 percent of all employees in Slovakia were contracted in this manner in 2014, an increase of 2 percentage points compared to 2013.

“It is the only chance to get work for low-skilled and hardly employable people,” Hošták told The Slovak Spectator.

Part-time jobs are most common in administration and customer service, most frequently in larger international companies, Ričányová indicates. Internationally, however, the local market lags behind in the number of part-time workers.

Eva Pongrácz from the Department of Social Development and Labour at the University of Economics in Bratislava stressed that whereas 6 percent of employees use this form of flexibility in Slovakia, the EU average is up 21 percent.

“The situation is worse only in Macedonia and Bulgaria,” Pongrácz said.

Home office is highly popular within shared services. While most often it is offered by IT companies which have a share of 32 percent in the sector, Ivana Molnárová, CEO of the Profesia.sk website, noted that it is possible also in the field of business or real estate.

In terms of part-time agreements, although their quantity decreased in 2013 by almost 30 percent over the previous year due to the introduction of obligation to pay levies, in a subsequent period there is an apparent growing trend, according to Pongrácz.

From 2011, Slovak legislation recognises job sharing based on the division of one position to more employees. For the administrative complexity, it could be used rather in simple and lower-paid jobs, Ričányová said.

“In spite of its benefits, the form is used very little in practise,” Ričányová said.

Flexible contracts are a convenient way to make money for disadvantaged groups, in particular for people on parental leave and the transitional period before full-time. They allow the employee to devote more time to family and keep working habits. Though flexible employment of women is still low, Michal Stuška, Labour Ministry spokesman, pointed out their share in temporary jobs has doubled from 3.5 to 7 percent between 2000 and 2013.

“Oftentimes it’s a matter of corporate culture when a manager is interested in alternative methods of employment and sees benefits in that,” Kostercová said.

Employers can benefit from offering flexible forms of work with increased productivity, improved quality, and reduced costs, Pongrácz said. There is also the possibility to employ people for exact time periods, eliminate administration and transfer experience from elders to youngsters.

Ričányová said that these forms of work ensure the continuous operation of firm business and thus its quick adaptation to economic fluctuation. An employer could hire high-quality and mutually substitutable employees. Moreover, the government uses them to target higher employment rate and greater involvement of economically inactive people in the labour market, she added.

Inspiration from the West

In many western countries flexible forms are a standard. Part-time is widespread in Luxembourg, Germany, Austria, Sweden, the UK, and especially in the Netherlands where its ratio was significantly above-average at the level of 49.6 percent of all workers, according to Eurostat.

There, employees and employers have full freedom to clinch a labour contract from zero hours per month to a full-time labour agreement and anything in between, according to Gerard Koolen, group managing partner at Lugera & Maklér.

“People seeking part-time employment can easily find jobs and many companies have jobs available for part-time only,” Koolen told The Slovak Spectator. “Freedom of choice brings many advantages for everybody and not in the last place for the overall economic output of a country.” Both employer and employee can change the number of worked hours every day, week or month, just as they like to agree upon. That way they can increase productivity, employee’s earnings and profitability of the company, Koolen said.

Changes for the better

The essence of a flexible labour market is that companies face no obstacles when having to downsize their staff, Koolen said.

“The strongest economies in the world have the most flexible labour market conditions,” Koolen said.

The Slovak Labour Ministry encourages flexibility and harmonisation of work and life by its Implementation Agency and the national project Family and Work. The project is based on the direct support of flexible forms.

Some companies offering flexibleforms of employment in Slovakia (according to Flexipraca.sk survey)

The most commonly applied to part-time jobs (according to the responses to published offers in Flexipraca.sk)

The pilot project involved 765 employers and supported 1,406 flexible jobs for persons with family responsibilities, Stuška reported. Reimbursement covered mothers as well as fathers on parental leave of up to 90 percent of total labour price, while the average was about €880 a month.

An employer could receive a non-repayable contribution for the establishment of a maximum of 10 jobs during the project. The amount of contribution is calculated according to the formula consisting of the payroll wage on a particular position divided by the median, according to the Labour Office website.

The ministry plans to continue with similar projects. At the moment is prepared the intent to support flexible jobs for mothers with young children with a view to begin during the second quarter of 2016, Stuška said.

To improve, Koolen suggested offering extremely flexible employment solutions following the Dutch labour market such as zero-hour labour and temporary staffing contracts, in which an employer only pays an employee for the worked hours.

Hošták believes that it is necessary to anchor flexible employment forms in a better way.

“Better flexibility and modernisation of the Labour Code is needed,” Hošták said.

Meanwhile, Peter Fabor runs his business abroad, tailoring the work environment for people who place work-life balance as their main priority. His business idea that involves a specific flexible work environment, office, accommodation and a surf school now operates in the Canary Islands and Lisbon. His co-working centres are used by freelancers, digital nomads, but also people who want to try a different job next to the similarly attuned individuals.

“I couldn’t find a place where I could work, live and surf,” said Fabor to the international business magazine Forbes after he moved from his native Slovakia to the Canary Islands. “When we started there was nothing out there like this.”

Today, a large part of his business consists of corporate retreats all over the world in different professions with key customers from the United States, Germany and Great Britain.