A selection of surveys, polls and research conducted in the HR sector from January 2015 to February 2016 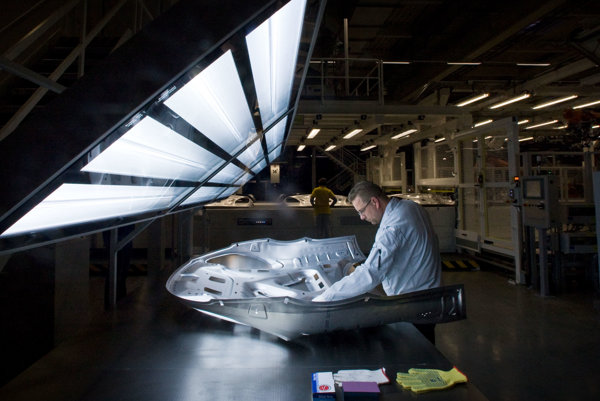 • The Grafton Recruitment Salary Survey CEE 2015 reveals the most sought-after and best paid professions in Slovakia. According to the survey, study programmes which produce graduates with the worst outlook for finding a good job are social work, environmental management, security management, free-time animator, tourism work, public administration or mass-media communications. Language skills sometimes help graduates of other less-prefered courses like management, law, teaching, translating, politology and international relations. Other such courses are chemistry, humanities, philosophy and art. On the other end of the scale are ICT courses (software programmers, web programmers, software testers, system administrators, IT architects, graphic designers, IT consultants or online marketers), accounting and finance, client support services, doctors and engineers.

• In the Global Talent Competitiveness Index (GTCI) 2015-16, focusing on talent attraction and international mobility, Slovakia placed 27th out of 109 countries (behind the Czech Republic and Slovenia, but higher than Hungary and Poland), improving three places in the ranking against last year. Adecco, the partner of this survey presented in January, evaluated Slovakia as above-average in talents, but warned that the current challenge is to keep the talents in the country, and draw others from abroad. The local economy is based mainly on industry and production, and lacks research, ICT and innovative technologies. The number of foreigners employed officially in Slovakia is almost 20,000 (mostly Romanians, Poles, Czechs or Hungarians); while there are 135,000 Slovaks living abroad for over a year.

• Up to 73 percent of people who decided to change their job perceive this as a change for the better; according to a survey conducted by the Focus polling agency for the Profesia.sk job portal. Up to 75 percent said they had changed their job previously, while most Slovaks change employer after three, five, and 10 years. Those who changed after one to three years constitute 20 percent but there are also those who hold one job for 15 years. The most frequent reasons are better remuneration, shorter commuting, but also more interesting workload. Others named the start of their own business, career growth or a better team. Most satisfied with the change were respondents aged 35 to 44, university graduates more often than workers with lower education. As many as 28 percent of those polled have never changed employer.

• The survey exploring most-used online tools supporting flexible work found that Slovaks mostly use Dropbox and Skype. The survey from March 2015 of the Regus company stated that the increase in using IT tools for home office and teleworking has been radical: at least 86 percent of workers (i.e. 44,000 managers and businesspeople from over 100 countries worldwide) have used these online tools at least once in the past month. Also, 85 percent of respondents stressed that the need for teleworking is closely connected to cloud applications. Among Slovaks, the most used services for online sharing of files are Dropbox, Google Drive and Google Hangouts. The most popular instant messaging tools were Skype, Facebook Messenger, What’s App and Viber. Only 13 percent of those polled did not use any IM tool for work, and 8 percent did not use any online tool for sharing business files.

• The summer 2015 study of the Deloitte Legal network of law agencies called International Dismissal Survey hints that laying off an employee is still cheaper in a Slovak firm than in western Europe. More generally, central and eastern European countries are less costly than the West, according to the survey which scrutinised conditions of dismissals in 31 (mostly European) countries. In most countries, the reasons on an employer’s side are limited by strict legal rules, while the differences in costs of dismissal caused by the employee and caused by organisational reasons are minor. 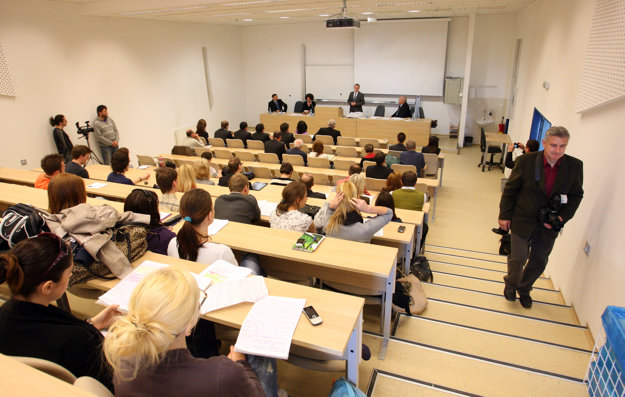 • The new generation business leaders are firmly self-confident, a survey called Future Leaders - First Steps on the Labour Market of the Deloitte company states. Half of Slovak students and fresh graduates opine that university graduates are not prepared sufficiently for their professions, and one third deems the training only mediocre. Most of those polled perceive their work not just as a means to earn money or an annoying obligation; almost 90 percent would want to work even if they did not need money. More than half of them feel satisfied after a day of intense work. When selecting a job, almost 40 percent of young Slovaks deem the possibility to develop and grow professionally to be crucial, followed by a good atmosphere at the workplace, good team relations and an attractive salary. Compared to the previous survey, the work-life balance when choosing a job is growing in importance.

• Almost half of Slovaks and Czechs claim to have found a new job within a month, a survey of three recruitment websites (Platy.sk, Platy.cz, Fizetesek.hu) on 22,500 respodents showed. The salary was important for the way in which they found it: while 38 percent of those earning less than €600 (and having secondary education) found it through relatives, friends and acquaintances, half of better earners (over €1,500 and a university degree) used the internet. The survey also found that there are more jobs in Bratislava, but the demands and expectations of employers are also higher.

• Recruitment plans of Slovak employers for the first quarter of 2016 are very optimistic, Manpower Labour Market Index stated. Almost one third of big businesses, mainly in production, logistics and trade plan to increase the number of their employees. Agriculture, tourism, and energy businesses push the numbers down. According to Manpower Slovensko, 14 percent of employers expect a rise in labour, 4 percent foresee their decrease, and 78 percent do not expect any changes.

• More than 300,000 Slovaks work abroad and few of them want to return home. This stems from the Talents for Slovakia survey by the Business Alliance of Slovakia (PAS), which found that the number of those living abroad is increasing. Only higher salaries, prosperity and order would convince those who work abroad return. Almost 70 percent of respondents plan to stay abroad for good. Health insurers’ statistics imply that since 2009, almost 30,000 people under 30 years of age have left the country.

• The survey of Profesia.sk website (36,766 respondents in H1 2015) compared salaries of women and men, differing by 22 percent. However, these differences converged in ambitions of college and university graduates who wanted to earn at least €926 in average. Best earners as for profession were lawmakers and managers, especially managers in air transport. The average gross monthly salary of 126 professions, out of a total of 365, was in four-digit numbers; while only 30 percent were able to earn more than €1,000. The highest salaries are earned in the Bratislava Region (€1,280 monthly in average) followed by the Košice (28 percent less); and the Prešov Region is the worst, with 37 percent less than in Bratislava.

• Marketing, journalism, tourism, human resources and law were the areas with the biggest turnover of employees, stemming from the survey of Profesia.sk website. In 2015, each sixth employee (16 percent) in those areas changed jobs. Women and men change jobs almost equally, while differences are mostly found in relation to age: 26 percent were aged 22, while only 10 percent of those over 34 change jobs. The spheres with the lowest rates of turnover were leasing, insurance, textile industry, chemical industry or top management, where only 10 percent changed jobs in 2015.

• Bonuses at the end of year, calculated for the whole year 2015, were most frequent in ICT companies and companies from financial and energy sectors; especially employees of big international companies (and in automotive, electro-technical or ICT industries) got better year-end bonuses than in 2014. This stems from the data of recruitment agencies: according to Manpower, employees in these companies received 15 percent more bonuses than the previous year. According to the McROY Group, 34 percent of companies paid year-end bonuses, which is about 5 percent more than in 2014. The sum was connected with the amount of salary. The lowest bonuses are in agriculture and construction.

• Slovaks go to work more enthusiastically than two years ago, a survey of the Happy Company and McROY Group found. The number of those who just work because they have to declined during the past two years; however, only less than one-third of Slovaks enjoy going to work, the anonymous poll from spring 2015 implies. The reason is probably the revival of the labour market, a decline in unemployment and ensuing a better position of people seeking work.

• The most frequent mistakes of university graduates seeking jobs include bad preparation and “homework not done”, poor communication skills, poor language skills, forgetfulness, inadequate knowledge of their own CV and of the company they want to join, lying, low motivation, clichés, lack of self-reflection, and too high expectations, Grafton Recruitment consultants sum up their experiences. Positives, on the other hand, include knowledge of widely-used languages, good, compatible character and at least some work experience, for example in the form of a part-time or summer job; as well as diligence, good self-reflection, good motivation and enthusiasm, willingness to learn and discover new things, and “being normal”, a quality hard to be described – maybe by “not pretending anything”.

• A recent study commissioned by TARGET Executive Search and conducted by GfK and CEU Business School in Bulgaria, Czech Republic, Hungary, Poland, Romania and Slovakia, scrutinises critical corporate issues which still stop companies in the CEE region from becoming more competitive. Respondents find that locals are usually sociable and setting personal contacts is important in making business. This is most apparent in the case of customer orientation where foreigners claim locals rank interpersonal relations with customers higher than actual customer-focused work. Apart from this, foreigners also point out that decreasing bureaucracy and eliminating corruption would help a lot.