Magnetite is being mined at Bankov, after two decades

THE MINING of magnetite around Bankov, eastern Slovakia, has been renewed after 20 years. Unlike previous activities at the 12th biggest deposit of magnetite in the world, the mining, transport and processing should be environmentally-friendly, quiet and unobtrusive. 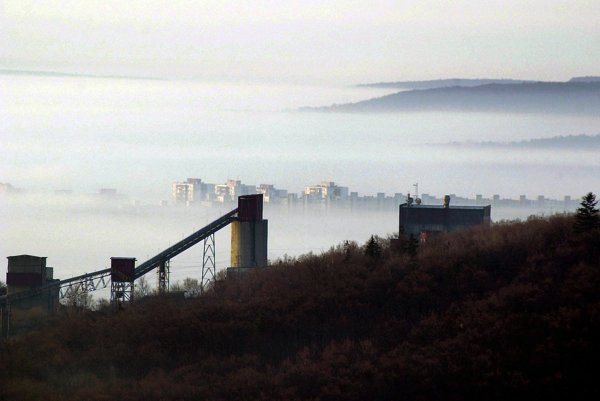 The natural raw material will be mined about 300 metres under ground with use of energy from renewable sources, in cooperation with the Technical University of Košice for research purposes and with plans for establishing a museum, head of the Magnimex company told the local Korzár newspaper.

Some samples have already been mined and sent to the State Geology Institute of Dionýz Štúr to be examined. In the third quarter of 2015, these samples were mined within the State Research Task of Magnetite, for research of new products, food supplements for pets and wild animals that shall be made from local materials, samples of ecological construction materials, for energy-saving colours, and environmentally-friendly sorbents for sewage treatment, Gombík said.

The CEO added that current activities have only two points in common with original mining: the raw material and the locality. Everything else – technologies, their driving mechanism, transport, processing location – is different than it used to be.

The investments are still hard to predict but are estimated at several dozen million euros, according to Gombík. The company has been striving to obtain licenses for mining for about 15 years, but the first five years were more about trying to find a way how to connect to previous activities and technologies; while this direction proved to be wrong, the CEO said. “If we had renewed the old mining practices, that would have been the end of us,” Gombík explained. “We would never be able to change energy sources, economics, ecology. We were forced to find the latest global trends in this sphere.”

People were reluctant at first to give up the old ways and accept new trends; but slowly they let the management convince them about new technologies and processes and, gradually, were won to the progressive side.

Thanks to new technology, it is enough to draw 10,000 tonnes a year, instead of the hundreds of thousands of tonnes that used to be mined here before. “This will be a new, modern mine of the 21st century, and thus it will be enough,” Gombík said. “In the past, 700,000 tonnes a year were mined here.” He added that the sheer amount was a burden for the nearby city of Košice and its inhabitants. The raw material will be drawn in Bankov, transported elsewhere – one to two trucks a week – and processed also at a different place, in new production premises. “We will try to build them in localities with high unemployment rates,” Gombík said, denying that a magnetite-processing plant should be opened in Košice.