TWO analyses by the Organisation for Economic Cooperation and Development (OECD) indicate that Slovakia should spend more money in the education system, OECD representatives said on February 19. 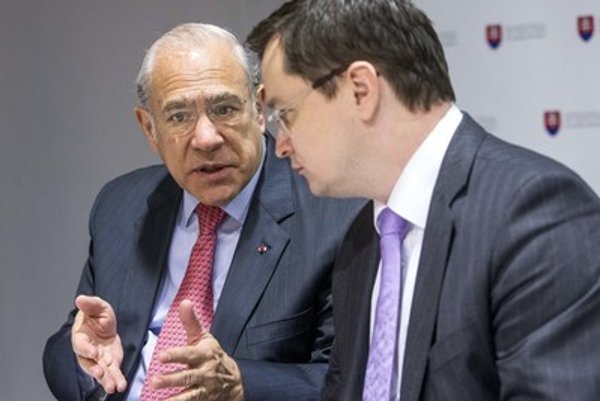 Slovakia should also focus on expansion of pre-school education and on raising salaries of teachers and other leading employees of the education system, says the OECD Reviews of School Resources: Slovak Republic 2015 .

OECD experts have positively evaluated the current system of financing. They consider it transparent, well established, and say that it provides schools with a high degree of financial autonomy. Meanwhile, the downside is the low amount of money spent, the TASR newswire quoted.

The analysts, for instance, recommend strengthening cooperation between administrators of smaller schools to share common equipment such as classrooms and sports grounds, as well as teachers. They suggested setting a minimum size of classroom or adjustng the compensation system for schools with less than 250 pupils.

When it comes to pre-school facilities, the OECD suggested transferring financial responsibility from towns to the state and to create adequate conditions for all pre-schoolers.

Slovakia also has insufficient inclusion of children with special needs and of children from socially disadvantaged environments, the OECD claims. Angel Gurria, secretary-general of OECD, highlighted the Roma community as the biggest challenge facing the Slovak education system, recommending the country to focus on equal accessibility of education, keeping it at the centre when conceiving education policy, the SITA newswire wrote. On the other hand, the awareness of the critical situation faced especially by social groups stricken by social deprivation and poverty is growing in Slovakia, the OECD adds. The country belongs among those in which the socio-economic position of parents has one of the strongest impacts on student’s results.

The government should also re-evaluate its policy providing state and private schools the same amount per pupil, as private schools can charge admission fees. The analysts commended the autonomy of schools in hiring new teachers, but suggested improvements in the preparation of future teachers.

“We welcome initiatives in the area of vocational education,” Gurria said with respect to dual education, as quoted by TASR. “But they still need to introduce more venues for practical education and to carry it out directly in the facilities of individual companies.”

Education, Science, Research and Sport Minister Juraj Draxler said that both studies showed the pros and cons of the Slovak education system and that both are equally important.

Slovak Foreign Minister Miroslav Lajčák, Finance Minister Peter Kažimír and Education Minister Juraj Draxler met with Gurria. Following the meeting, Lajčák appreciated the long-term and intensive cooperation between Slovakia and OECD, which represents an elite club of the 34 economically most developed countries that share their expertise from areas of the economic development, financial markets and employment policies.

Lajčák and Gurria talked about the priorities of their mutual cooperation such as taxes, education and regional development as well as foreign policy issues. They also spoke about the situation in Ukraine, where Slovakia actively participates with the OECD in reforming and modernising the eastern European country. He also presented Slovakia’s preparations for the presidency of the European Union in the latter half of this year.

They also discussed the migration crisis and measures to be taken in order to alleviate its consequences. OECD studies migration in terms of its impact on economic development and publishes recommendations regarding the integration of migrants in host communities, on the labour market and in the education system.