AT THE recent European Union summit, some changes in internal rules were approved, as proposed by Great Britain. The compromise agreement defines relations between the EU and the UK based on the requirements of British Prime Minister David Cameron. Some of the agreements concern Slovaks in the UK. 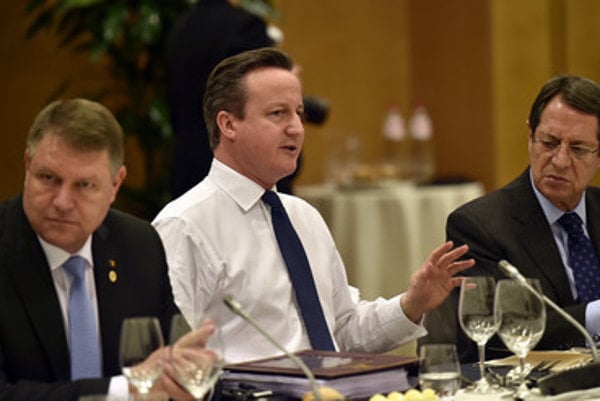 In the UK, the referendum to take place June 23 threatens to send the country outside the EU, and thus British Prime Minister David Cameron travelled to Brussels for February 18-19 with a set of drafts for various measures.

Among other steps, the agreement signed enables the UK to restrict paying child benefits to people from other countries of the EU who work in the country but whose children are raised elsewhere, the Sme daily wrote. This measure also involves Slovaks and, according to new rules, they will be paid the amounts they would receive as child benefits in their homeland (usually much lower sums than currently paid in the UK).

This currently goes only for those Slovaks (and other central and eastern European nationals) who arrive in Britain starting now. From 2020 on, the rule will be applied flatly, to all Slovaks working there. The monthly child allowance in Slovakia is €23.52, in the UK it amounts to €82 at present, the TASR newswire wrote. Currently, 2,000 Slovaks receive this benefit, and after the four-year transitory period is over they will lose it.

The proposal still has to be approved by the Council of the European Union and will also be discussed in the European Parliament.

In the form of agreement, the European Union has given the United Kingdom a second chance to remain in the EU, Slovak Prime Minister Robert Fico said after the two-day EU summit, as quoted by TASR. Fico added that the possibility of a double-track EU has been officially conceded: “… Because one pace of development will be seen in the eurozone, where we are all in favour of a higher rate of integration, linking and cooperation, with another pace for non-members,” he said. “The agreement is worth it in order to keep the European Union intact. It would be very bad if at a time when there are differing stances on migration, signs emerged that we aren’t even capable of sticking together.”