THE (IM)PERMANENT exhibition on the 1st floor of the Slovak National Gallery building defies its name, as it has been there for more than a year, and it is expected to stay for still some time. 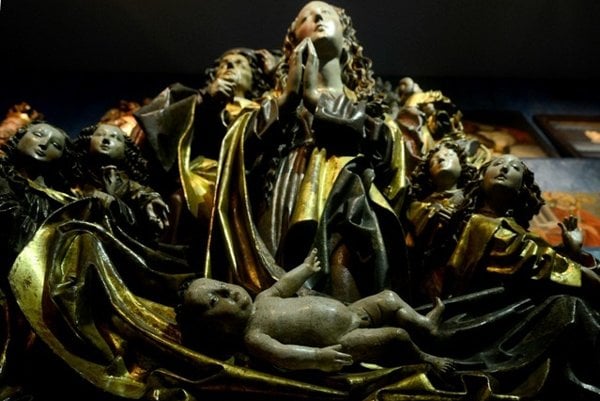 The name, however, rather tries to deliver the message that the concept behind this exhibition differs slightly from the common way of presenting historical artefacts.

And recently, the neatly designed catalogue accompanying it has been published also in an English version, although this cannot be called a mere mechanical translation: not only the artworks for photographs are different, but also the order of rooms/departments described in it.

These differences may try to show the very substance of the exhibition and the way in which it stands out: rather than ordering the works of Gothic and Baroque art chronologically, from the point of view of genre (paintings, plastic art, reliefs) or artistic style, the Impermanent Exhibition / Nestála expozícia-Nestex focuses on the psychological roles, the impressions artworks may evoke, and the various angles they can be viewed from.

The exhibition in the Esterházy Palace in Ľudovít Štúr Square in Bratislava can be observed repeatedly, and each time, visitors can discover different facets, and this is reflected also in the catalogue(s). 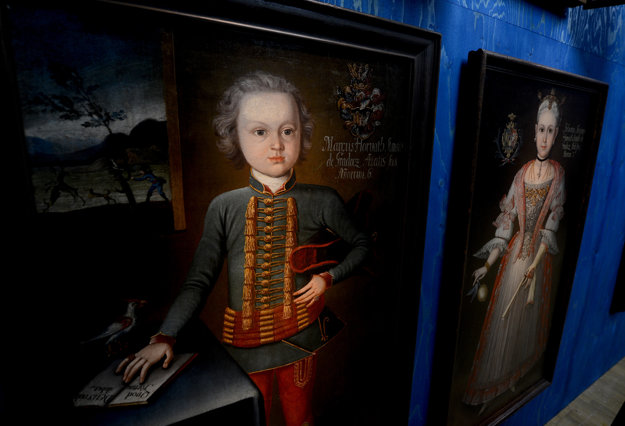 Some people may prefer to explore the exhibition without a catalogue, with only a leaflet or without any background information; while others may buy the catalogue as a tool to better enjoy all the hidden information. Still others may read the catalogue first and perceive it as an invitation for a visit, or keep it as a nice souvenir to leaf through on long winter evenings.

“Instead of straightforward answers, the curators of the SNG Old Masters Dušan Buran and Katarína Chmelinová rather offer alternatives in each section of the exhibition: and certainly not just in the spirit of scholarly debate regarding dating or the stylistic place of a particular sculpture or painting,” the intro to the catalogue (by Buran and SNG head Alexandra Kusá) states. “The section titles may seem breaking with tradition for the gallery visitors. And yet, these and similar approaches today form the everyday part of art historical interpretation. When we bring the scholarly terms from their cabinets and before the eyes of the public, our most important wish is to offer the visitor these interpretational perspectives, different from those they may be accustomed to. But precisely this could reveal alternative, still unnoticed sides to the work of art.”

The exhibition will probably last during the reconstruction of the adjacent SNG building, the Water Barracks, and so it can be still visited, daily except for Mondays. The English catalogue, with almost 100 pages, costs €8 and can be bought in the Ex Libris bookshop in the SNG building. More information can be found at ww.sng.sk.

A Gothic sculpture deemed to be lost for good, was acquired for the SNG collection again, Buran said at a press conference in January. The wooden sculpture of a saint (called “The Christ Blessing” was lost in 1937 at a vast exhibition Old Art in Slovakia, Land’s and People’s Testament at the Prague Castle. It surfaced recently and was auctioned “under conditions to remain secret”, by the national gallery.

The linden-wood sculpture of a saint dating back to the 14th century was brought to the Spiš region in eastern Slovakia from France. It has no attributes, and so it remains to be guessed whether the figure is really a Blessing Christ (without his right, blessing hand), or rather St Jacob the Apostle, Buran said.

After undergoing restoration, on February 9 this most important acquisition of old Slovak art will be exhibited within the Nestex exhibition for about two months (in the front row of a set of wooden sculptures), before moving on to the Zvolen branch of SNG to return later to the permanent exhibition of SNG in the capital, after the Water Barracks building is renovated. 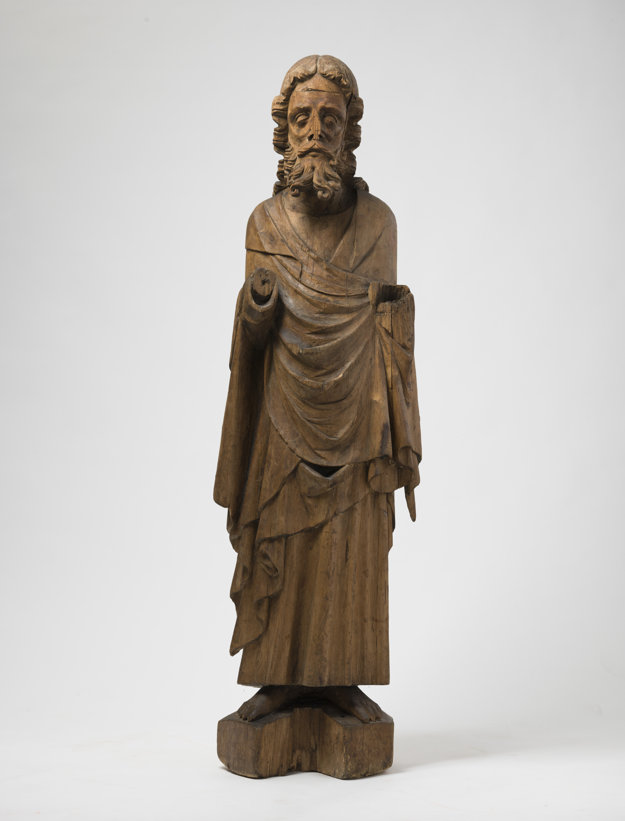 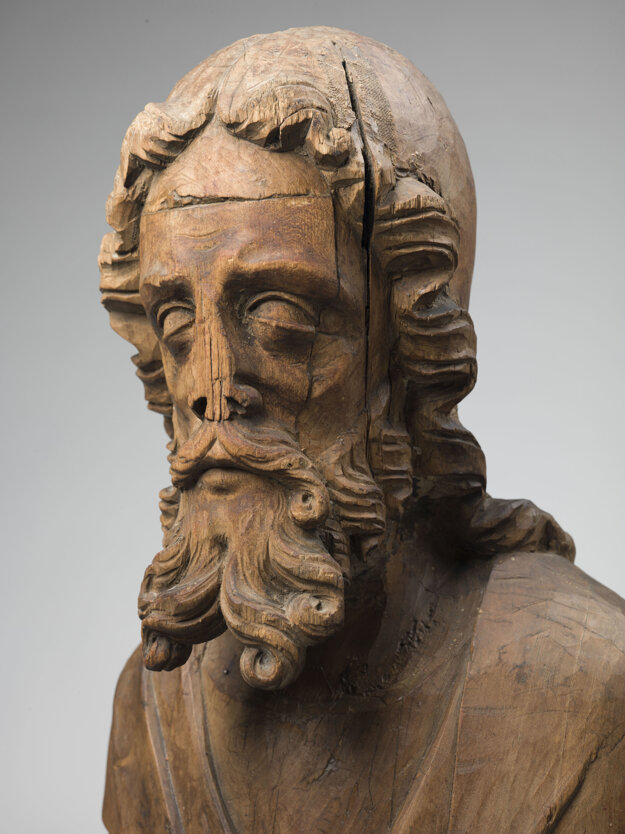