Former boss of Interpol behind suspicious investment in Slovakia

Prime Minister Robert Fico announced the arrival of an investor supported by a generous state subsidy, yet information about the company is lacking. 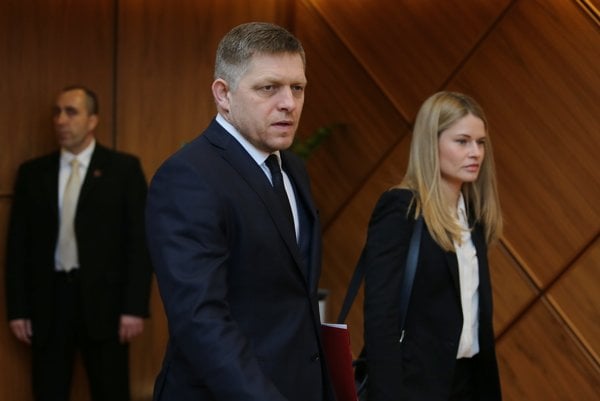 Only two weeks before the parliamentary elections scheduled for March 5, PM Fico announced that the secure identity document production company RKN Global Europe will build in Banská Bystrica a plant to manufacture products with security features for €89 million and employ 1,200 people. Three days before the elections the cabinet will decide about €20 million in investment incentives.

But it is not possible to check whether the investment is real, the Sme daily points out. It is also not possible to find any references on the company’s website and even though the company claims that it manufactures payment cards MasterCard and Visa, these firms do not mention any of RKN’s product among authorised technologies. But the daily admits that RKN can theoretically buy chips and magnetic strips for cards from other authorised suppliers.

RKN Global Europe also does not hold, as of now, an industrial security review by the National Security Office (NBÚ), which in case of production of clean copies of personal identification documents is a necessity, Sme recalls.

Based on its website, Ronald Kenneth Noble is the sole owner of the company. Noble led Interpol, the international criminal police organization, between 2000-2014. It is impossible to check this as the owner of the Banská-Bystrica based Ltd company is a company from Dubai and the UAE does not disclose owners of companies, Sme wrote.

Fico admitted that he negotiated the investment with the former Interpol secretary general.

Sme recalled the tarnished reputation of Noble. When Noble led Interpol, the organisation started to admit contributions for its operation from private companies with these making up as much as 40 percent of all its incomes. In 2014, when Noble was leaving his post in Interpol, commentator of the British paper The Telegraph Peter Oborne wrote: “He leaves office with a dismal record of having allowed the international crime-busting organisation to collaborate with regimes with no regard for the rule of law.” His comment referred to cooperation of Interpol and Russia during investigation of the death of Sergei Magnitsky who died in a Russian jail after he complained about inhumane conditions. Investigation of his death was halted with the explanation that no crime was committed.

Veronika Remišová, running on the slate of Ordinary People-Independent Personalities (OĽaNO), pointed out on her blog that the technological partners of RKN Global are three Ukrainian companies linked to extensive corruption.

Economy Minister Vazil Hudák has stressed that apart from state aid the investment must be covered also by the money of the business person or a loan. The company will receive the incentives only after it invests its own money and employs the promised number of people, according to the ministry.