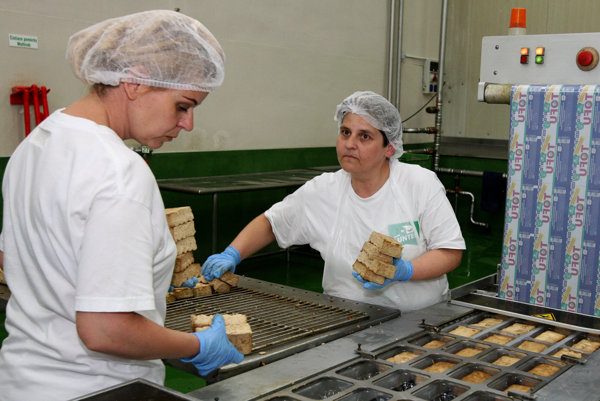 The unemployment rate decreased during the beginning of the year for the first time since 1998. The registered unemployment rate in Slovakia in January stood at 10.39 percent, falling by 0.24 percentage points month-on-month and by 2 points year-on-year, announced the Labour, Social Affairs and Family Centre (ÚPSVaR) on February 21.

“There are several reasons for the surprising January decrease of unemployment – from good condition of the economy up to statistical influences,” Ľubomír Koršňák, analyst with the UniCredit Bank Czech Republic and Slovakia wrote in his memo.

Koršňák recalled that ÚPSVaR changes the number of economically active citizens, which is an indicator also affecting the overall unemployment rate, one time per year – in January. This happened also this year, and while in previous years this change did not have a tangible influence on the jobless rate, this year it decreased the rate by 0.08 percentage points and thus accounted for about one third of the January m-o-m decrease.

Based on statistics used by ÚPSVaR, the economically active population increased by almost 20,000 people even though the number of citizens in the production age has been decreasing, according to Koršňák. He added that contrary to this, the demographic trend indicates that such a development would be rather exceptional and that the change in the economically active population would rather worsen the jobless rate from the statistical point of view in the future.

Nevertheless, it was especially the positive economic development behind the January drop in unemployment.

“Again especially the better labour market reflecting the relatively good condition of the local and European economy has brought the biggest portion of the decrease of unemployment,” wrote Koršňák, adding that as much as 19,000 unemployed found work in January, which is the best January result since 2007.

“In case no fundamental structural changes increasing employability of the long-term unemployed occur in a short period of time, it is possible to expect that the growth in employment in Slovakia will reflect in numbers of unemployed less and less and will be subsidised more and more by import of labour from abroad,” said Koršňák.