OUR exposure that Prime Minister Robert Fico supported massage clinics of doctor Kostka from his reserve, under the guise of a non-profit organisation led us to the suspicion that there may be more uncanny subsidies organised via civic associations. We were right. 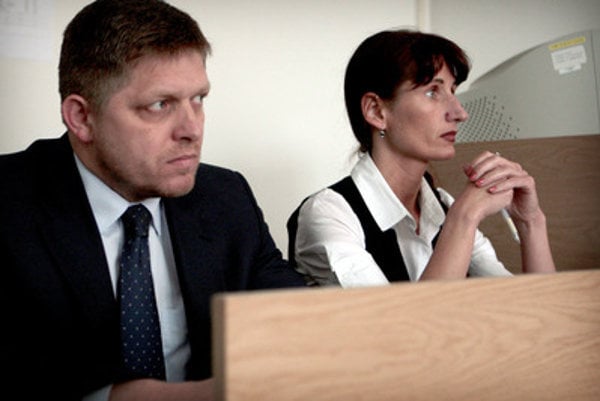 Pre radosť  received   €4,000  last May from state-owned Tipos to organise Children’s Day in the town of Pezinok. A few months later, it received another subsidy of €8,000 from the famous crisis reserve of the prime minister – to buy a car. This car must be very important for Slovak children, as Robert Fico did not give more money for other sport activities last year to anybody else than this non-profit organisation of the assistant of his MP.

MP Jasaň even once worked in Pre radosť himself. After all, the website of the organisation includes, among other things, thanks to MP Jasaň for his support, as well as to the UZMA security company, which Jasaň’s family co-owned until 2012.

MP Viliam Jasaň, aged 63, holds a PhD in political science and is an interesting personality. He graduated from the College of Political Sciences during communism (thus he studied under communist political ideologies). After the 1989 revolution, he was regional head of the leftist SDĽ party. After the ruling Smer party was established, he became its district chairman in the Petržalka borough of Bratislava. He was also doing business installing security alarm systems and owned the already mentioned security company, UZMA. He prospered at state offices, including the Education Ministry, and under borough mayor Vladimír Bajan in the Petržalka and Bratislava regions.

Since 2006, he has served as a MP for Smer. Jasaň belongs among the above-average loyal deputies in parliament: he voted with Smer in 94% of votes. During Question Hour, he likes to pass the ball  to the prime minister with easy questions, for example like two years ago: “Dear Mr. Prime Minister, the information that the government is going to terminate the contract with ENEL concerning the rental of Gabčíkovo hydro-power plant - what had led the government to this step?”

He also manifested his social sentiment in other cases, e.g. when he supported protests of teachers – at least in 2011, when Smer was the opposition.

Jasaň’s MP’s assistants in the last term were Soňa Chanečková, partner of Defence Minister Martin Glváč, as well as Zuzana Kupcová, laywer of PM Robert Fico, highly publicised by tabloids. And before Tokoš, his assistant was Mária Trošková, currently active at the Government Office.

It seems that Viliam Jasaň can really sense and pick very enterprising candidates. On the current Smer slate, Jasaň is placed 72nd – and with Smer in government, he stands a good chance to continue in parliament after elections.

Despite the Premier’s recent criticism of “human-rights" holy willies, it seems that Robert Fico nevertheless really cares about the development of human rights in Slovakia. By the end of last year, he sent €3,000 from his reserve to the civic association História ľudských práv / History of Human Rights. It is chaired by lawyer Milan Hodás, who founded the non-profit organisation a year ago.

The problem is that, apart from being a researcher at the Law Faculty of Comenius University, Hodás also works as head of the department of complaints at the Public Procurement Office. Among other things, this office checks the fairness of tenders of the whole public administration. Normally, it also is in charge of the Government Office (in 2014, it acted in three cases based on complaints, refusing two and halting one).

“I suppose that Mr. Prime Minister does not even know that an official like me exists in the first place,” Hodás wrote to us. “Moreover, in the proceeding about complaints, I do not sign decisions based on merit, I only prepare sources for Mr. Vice-Chair.” The office’s vice-chair is currently Andrej Holák, a Smer nominee and former MP assistant to current Defence Minister Glváč.

Hodás claims that the book funded by the reserve is still not ready. Considering how much politicking surrounds the allocation of the premier’s reserve and how rare any support for academic publications by the prime minister is, this specific subsidy puts Hodás, as auditor of tenders, into a bad light. He should know this well himself, as he recently wrote a lengthy article about conflict of interest in public procurement.

Will the reserve be abolished? Apart from conflicts of interest, these two cases show again that the premier’s reserve has evidently, for quite long, not served to cover emergency problems in Slovakia. Or do you think that an academic book on the history of human rights, and entertainment for children in the Slovak capital’s vicinity are the most needed investments in Slovakia?

The questionable use of the reserve is not just limited to the current government but happened also during other cabinets. Thus, political parties could compete in the campaign for who will finally cancel this reserve, or who reduces it most – from the current several million a year. Will we live to see politicians reduce the amount allocated for covert spending to their own cohorts?

If you disagree with the abuse of the prime minister’s reserve, and if you want us to continue thoroughly checking on its spending, support the work of Transparency. Thanks!