Apollo secured, but its future is still uncertain

IT IS not clear when the tenants will be allowed to return to the Apollo Business Centre 1 building, which had to be closed due to problems with its stability. 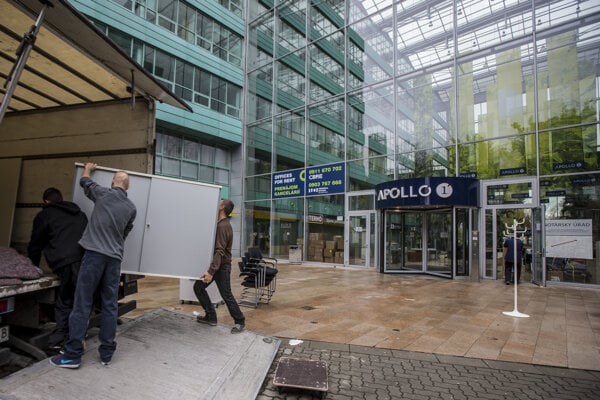 After a stress analysis indicated that the building was overburdened by 10-50 percent in some parts, its owner started reconstruction work. But while it firstly intended to do the work during normal operation of the building, the building instead closed in mid-October forcing tenants to move out and look for new premises within days.

The original plan was to reopen the premises in the beginning of 2016, but the owner has not decided what to do with the building yet, the Magazin.reality.sme.sk website reported.

“The building is currently secured from the point of stability,” said Michal Donath, spokesperson for Hannover Leasing, the building’s owner, as quoted by the website.

The developer of Apollo Business Centre 1 was company HB Reavis.

The future of the building will depend on many factors which need to be carefully analysed, Donath said.

“Thus we currently cannot give you a definite answer,” he told Magazin.reality.sme.sk, when asked in which state the reconstruction is.

The company also does not answer the questions concerning compensation to tenants who were forced to move out. The negotiations are still underway, Donath explained. It is, however, clear that the tenants still cannot return.

“Since no definite decision on the building’s future has been made yet, we cannot provide any information about potential costs,” Donath told Magazin.reality.sme.sk.