METEOROLOGICAL stations across the country reported several heat records on February 22, some of them being the highest in the history of independent Slovakia. 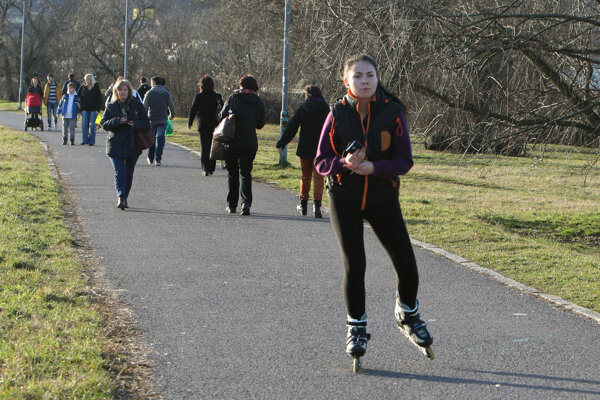 At Bratislava airport, they recorded 20.3 degrees Celsius, which broke the record from Moravský Svätý Ján (Trnava Region) where they measured 20.2 degrees Celsius on February 25, 2008. These are the only two maximum daily temperature values in February which were higher than 20 degrees Celsius.

“Yesterday’s maximal temperature from Bratislava’s airport is the highest temperature measured in Slovakia in winter,” the Slovak Hydrometeorological Institute (SHMÚ) reported on its website.

As for January, there is only one reported case when the temperature was higher than 20 degrees: on January 1, 2002 the meteorological station located in Bratislava’s Mlynská Dolina measured 20.2 degrees Celsius. The only month in which the daily temperature has not exceeded 20 degrees Celsius remains December, SHMÚ informed.

This was a result of the so-called Foehn effect, i.e. a type of dry, warm, down-slope wind that occurs in the lee of a mountain range, which occurred in the Alps. It affected especially the valleys located in the south and south-east of Vienna, but also the broader region between Vienna and Bratislava.