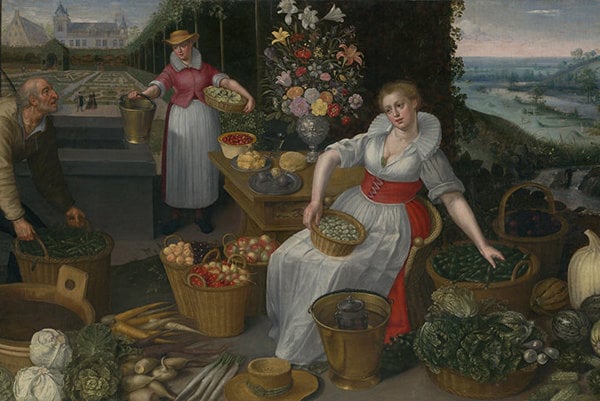 PERFORMANCE: Medea/Mothers’ Clothes and 6 Notebooks for 6 Women for 6 Years in Bratislava – British-Croatian director and performer Lena Simić will introduce her two performances. In the first one (Medea/Mothers’ Clothes) through her solo performance and an intimate autobiographical portrait, she will get closer to maternity and will give an answer to restrictions that she felt as a mother and also as a foreigner from Croatia living in the UK. And especially for the Bratislava audience, a performance was created devoted to six exceptional women that performer Lena Šimić met during her studies in Bratislava. Starts: Feb 26, 19:00; Studio 12 of the Theatre Institute (Štúdio 12 Divadelného ústavu), Jakubovo Square 12. Admission: €3-€5. Tel: 02/2048 7602; www.studio12.sk, booking  studio12@theatre.sk.

Read also: Read also:La Sylphide in the Christmas season and beyond Read more

LIVE MUSIC: Bratislava Hot Serenaders – One of the few closely profiled ensembles in Slovakia playing music of the early 1920s and late 1930s. The successes of this ensemble include the commission to record music for musicals and theatre performances Niekto to rád horúce / Some Like It Hot (directed by Milan Lasica), Piano Revue (directed by Jakub Nvota junior), Garderobier / The Dresser (directed by Roman Polák), opera Pod cudzou vlajkou/ Under the Foreign Flag (directed by Rastislav Ballek). In 2006, the orchestra premiered an original jazz version of the world-famous work by  Georg Gershwin, Rhapsody In Blue, with the US pianist Adam Birnbaum at the summer festival Viva Musica! in Bratislava, and it still has this oeuvre as the only orchestra of its kind in Europe still on its repertoire with the pianist Ladislav Fančovič. Starts: February 28, 19:00; SD Nivy, Súťažná 18. Admission: €7-€10. Tel: 02/5596-0861; sdnivy@vnet.sk (tickets www.ticketportal.sk).

BLUES/ FOLKROCK: The Silent Comedy – The Museum of Trade brings to Bratislava within the project “Rock in the Museum” contemporary American folk-rock. This band was formed in San Diego, California, in 2005 by brothers Joshua (bass, singing) and Jeremiah (keys, vocals, guitar) Zimmermans. Other members of the group are cousin Chad Lee (drums) and Justin Buchanan (mandolin, banjo). Starts: March 1, 19:00; Museum of Trade Bratislava-Podunajské Biskupice, Linzbothova 16. Tickets are available directly at the museum. Tel: 02/4524 3167; www.rockvmuzeu.sk, www.muzeumobchodu.ba.

LIVE MUSIC: Emir Kusturica and Michal Horáček – Famous Serbian film director and musician Emir Kusturica (who also directed globally famous films like Arizona Dream, Underground) disclosed that he has a special relation to Slovakia and the Czech Republic, as he had studied in former Czechoslovakia, and even had a girlfriend from Bratislava. He will perform in Bratislava with his No Smoking Orchestra, supported by Czech songster Michal Horáček. Starts: March 1, 19:00; Incheba – Expoaréna, Viedenská Cesta 3-10. Admission: €25. Tel: 02/5293-3321; www.ticketportal.sk.

BALLET: Romeo and Juliet – Ballet in three acts inspired by the eponymous tragedy by William Shakespeare, with libretto by Leonid Lavrovski and music by Sergei Prokofiev. Choreographed and directed by Massimo Moricone. This version  was originally staged in the Northern Ballet Theatre (1991) where it became the most successful production of the ensemble, and has received several awards such as the best dance productions of  Music and the Royal Philharmonic prize and it was also nominated for the Laurence Olivier prize. Conducted by Rastislav Štúr. Performers are: Viola Mariner, Adrian Ducin, Andrej Cagáň / Adrian Ducin, Andrej Szabo / Damián Šimko / Peter Dedinský, Aliaksei Kavaleuski / František Šulek / Igor Leushin, and others. Starts: Mar 2, 19:00; New SND building, Pribinova 17. Admission: €8-€17. Tel: 02/ 2047-2299; www.snd.sk. 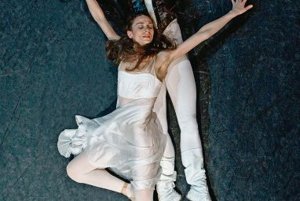 LITERATURE: Sjón – Icelandic writer Sjón will present his novel Máni Steinn – Chlapec, ktorý nebol/ The Boy Who Never Was. The novel is a surrealistic story about a young man obsessed by cinematography who in dramatic times of the early 20th century crosses the limits set by the society. Sjón is internationally renowned and award-winning author and lyricist who wrote the lyrics also for Björk. He wrote several collections of poetry and theatre plays, too. Starts: Mar 3, 19:00; Bratislava bookshop Artforum. Admission: free. More info: www.citylife.sk. 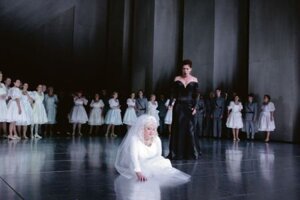 EXHIBITION: Silent and glass/ Ticho a sklo – Exhibition hailing almost 25 years of the existence of this private gallery focused on glass presents several generations of glass artists - the best works of students of the Academy of Fine Arts and Design in Bratislava-VŠVU – and their works which are diverse, with a wide spectrum of technological and philosophical variations in design and creation. Open: Tue-Sun 13:00-18:00 until Mar 27; Galéria NOVA, Baštová 2. Admission: free. More info: www.galeria-nova.sk.

EXHIBITION/GALLERY: Dutch Painting – The Slovak National Gallery (SNG) offers more than 250 Dutch and Flemish works of art from 1500-1800. Most of them come from original collections from Slovakia. The paintings primarily focus on ethics, the short span of human life, family life and close connection to nature. Visitors can see paintings such as Sailboats in Harbour from Jan Van Goyen, Coastal Landscape with Fishermen from Salomon van Ruysdael, At a Healer from Gerrit Lundens, or Portraits of Gerrit Schapp and Johanna Vissch from David Bailly. Open: Tue-Wed 10:00-18:00, Thu 12:00-20:00, Fri-Sun 10:00-18:00 until May 22; Ľ. Štúr Square 4. Admission: free. More info: 02/2047-6111, www.sng.sk.