A new law is set to boost interest in re-financing old mortgages. 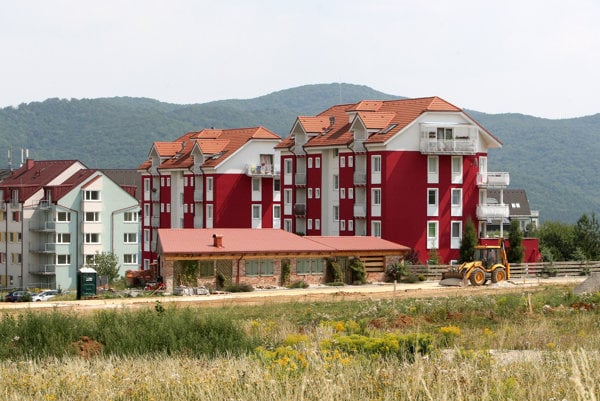 REDUCTION of so-called sanction fees required by banks for preliminary prepayment of mortgages in combination with already low interest rates will result in more competition on the banking market. Banks have already started campaigning for new clients to re-finance their old mortgages. Interest rates are as low as 1.5 percent.

“The competition fight will certainly start,” financial analyst Ronald Dula told the Slovak Television on February 19. “Those bigger banks will certainly try to reduce their mortgage rates and the smaller ones may rather start to specialise in a certain kind of a client.”

As of March 21, the sanction fee for preliminary repayment of mortgages with fixed interest rates will decrease from the current 4-5 percent to be capped at 1 percent of the principal balance. This means that it will become cheaper for clients to take an old mortgage with a higher interest rate to another bank and refinance.

But experts warn that moving an old mortgage to another bank is not always beneficial.

“It is necessary to visit the bank, ask for an offer and when thinking about taking a refinancing mortgage, to take into consideration also related fees,” said Pavel Škriniar, analyst of the Finančná Hitparáda website comparing offers by banks. These fees include apart from the sanction fee also fees for the change in the land cadastre, elaboration of an expert opinion on the real estate, the fee for getting a loan and so on.

Bank analysts also point out that closer to the end of a mortgage it is less beneficial to take it to another bank.

Reduction of the sanction fee

Parliament revised the law on loans last December reducing the sanction fee as of March 21.

The Slovak Banking Association (SBA), an organisation representing the interest of banks in Slovakia opines that the reduction of the fee for preliminary settlement of mortgage will bring pros and cons for the financial market, contend it will bring them higher risk. This could have an impact on banks’ profitability and financial stability and lead to an increase in interest rates in the long term, the SBA argues.

“Our rates mimic the development in Europe,” said Zdenko Štefanides, senior analyst with VÚB bank on February 19, adding that they are the lowest in history.

Štefanides recalled that interest on the average mortgage were about 6 percent in Slovakia five years ago while now it is less than 3 percent, but that the pace of the decline has slowed down. Slovakia has been mimicking the development in the eurozone and such a development is expected also in the future when interest rates on mortgages in Slovakia are almost the same as in the eurozone. The rates in Slovakia are higher by only less than 0.3 percentage points.

“I believe that VÚB will force also other banks to re-evaluate its actions and respond,” Maroš Ovčarik, analyst of financial products from Finančný Kompas told the Denník N daily, recommending those interested in re-financing a loan to wait.

The historically lowest interest rates on mortgages in Slovakia are driving up some real estate prices. The prices of apartments went up by nearly 5 percent in 2015, according to Marek Gábriš, analyst with the ČSOB bank.