A BIG protest started by wives of local ironworks employees 95 years ago got out of control, cost six lives and caused a massive rebellion and harsh crackdown. 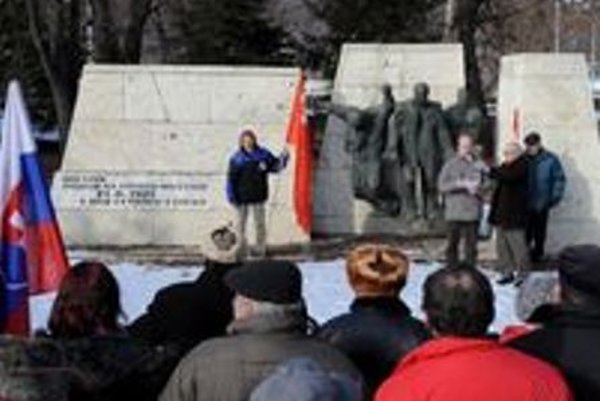 The reduction in meal vouchers for employees of the Krompachy ironworks was the imminent cause for a rebellion, according to historical sources. On February 21, 1921, a dissatisfied crowd of women gathered in front of the Krompachy Hornád-region Stock Company (Krompašská pohornádska účastinná spoločnosť), then the biggest metallurgy plant in Slovakia. The director of the company tried to explain that the vouchers had been decided upon by the Grain Institute in Bratislava but the heated crowd’s emotions escalated, even anti-Czechoslovak invectives in Hungarian were heard.

The mass hysteria culminated in a tragedy, after false rumours spread that one of the works delegates was beaten and imprisoned. Police were called, the head of gendarmes order shooting and four men were killed, while 14 were injured. The workers managed to invade the building, however, and killed the deputy director and the main clerk.

The next day, martial law was imposed and 64 workers were detained, who were later sentenced to several years in prison. The government deployed army.

A general strike began to support the protesters in Krompachy – who continued until March 17 – in municipalities like Slovinky, Gelnica, Smolník and Prakovce. Protests flared also in Košice, Banská Bystrica and other towns and bigger cities.

A parliamentary investigation committee was established afterwards, and the case came before the Supreme Court in Brno (the now Czech city of the then common Czechoslovak State).

The plant, which was the biggest ironworks in the former Austro-Hungarian Empire at the break of the 19th and 20th centuries, was dismantled in 1923. A period of poverty and emigration began. Annually, this event is commemorated at the Memorial of the Krompachy Rebellion near local railway station, the TASR newswire wrote.