SHORTLY before the end of its term Prime Minister Robert Fico's government plans to grant a subsidy to a foreign firmed owned by a former head of Interpol that has an otherwise unclear background. 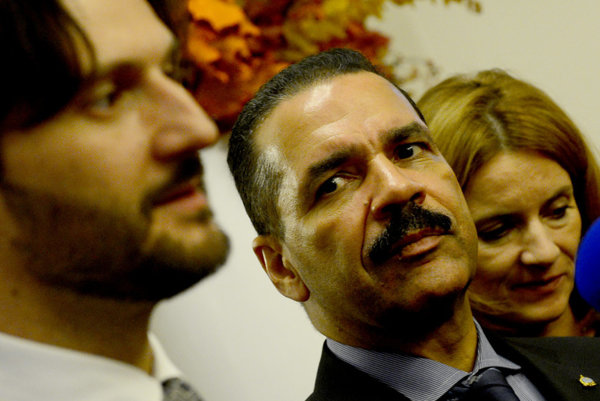 On February 20, Fico and the representatives of RKN Global signed a memorandum in Banská Bystrica. Based on the document, the cabinet is to okay an investment subsidy for the amounting to roughly €20 millon at its March 2 session, three days before the parliamentary elections.

Information about the RKN Global is scarce, however. There remains some confusion about what its actual products are, the Sme daily reported. Additionally, it is linked to people who have been investigated for corruption.

The company that should receive the subsidy produces 27 products, “a range of security and screening products”, as it states on its website. That includes payment cards MasterCard and Visa, although none of these card companies include an RKN product among their authorised technologies, the Sme daily reported.

The company’s investment in Slovakia through RKN Global Europe, a limited liability company represented by managing director Mirjam Lindsbro, should amount to €89 million to launch a plant in an industrial park in Banská Bystrica.

While 80 percent of the plant’s products, reportedly with high added value, are to be exported, the remaining 20 percent should be sold in Slovakia, Fico said as reported by Sme.

The plant is expected to create 1,200 jobs in the plant and 80 percent of the staff are to be people with university education earning about €1,430 monthly, well above average in the region.

In statements RKN Group Europe stressed that the availability of a university-educated workforce as the reason they selected Banská Bystrica for this investment. Fico said that people trained in the technical fields are needed for the plant.

However, data from the Education Ministry shows that Banská Bystrica has among the fewest university students pursuing technical education. As of October 2015, there were 570 students in all technical fields in the region, out of which more than 280 were students of wood-processing programmes in Zvolen. In comparison, there were more than 5,100 technical students in the Žilina Region and 7,100 in the Košice Region.

Some Slovak media have questioned the expected number of jobs created and pointed to the example of other companies with similar products, like Austria Card and Giesecke & Devrient, that employ 300-400 people in their individual plants.

“It is our aim to produce for Slovakia and the world and I believe that with our product range we can employ 1,200 people,” the company’s owner Ronald K. Noble said in an interview with the public-service radio RTVS news service, and added that “it’s not going to happen immediately” and that the process will last “several years”. Noble also claims that the technological partners of his company employ more than 3,500 people in one country.​​ 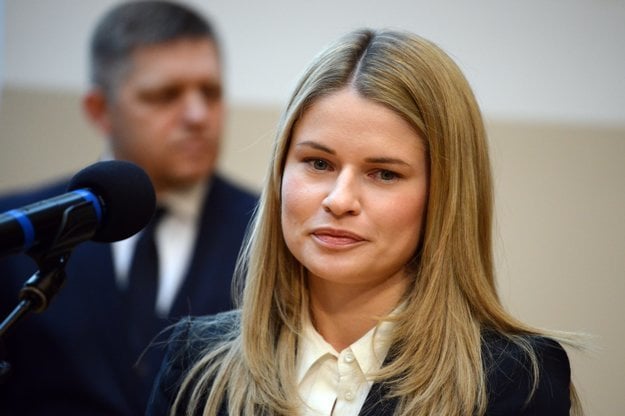 Ronald K. Noble is the founder and the only known owner of the company. Between 2000 – 2014 Noble served as secretary general of Interpol and now refers to this experience as the main motivation for his decision to go into the security business. In its statement from February 23 the company labels him “one of the world’s foremost experts at why and how countries should systematically screen passports of those wishing to enter or cross borders”.

The actual owner of RKN Global Europe, however, is a Dubai-based company and since Dubai does not publish the names of company owners registered in the country, it is not possible to verify Noble as the owner, Sme reported.

Upon announcing the investment, Fico admitted he discussed the investment directly with Noble who, as he says, visited him twice in 2015 personally at the government’s office in Bratislava, Sme wrote.

Both in the interview and the official statement Noble reacted to the bribery allegations that Slovak blogger Veronika Remišová wrote about February 22. Noble claims that such claims are very frequent in the security industry. He called the allegations “unsupported” and argues that they were “dismissed by the relevant court”.

“Try searching any name from this area and the word corruption and the results will return corruption accusations,” Noble told RTVS.

Remišová, who is known for having uncovered several corruption cases on her blog and who is now running as the number one candidate on the slate of the opposition Ordinary People and Independent Personalities (OĽaNO) for the March 5 elections, claims that there are Ukrainian businessmen behind the investment and that they were recently investigated on major corruption charges in the United States and Switzerland.

All the technological partners that RKN Global presents on its website (VTI, Holography, Polly-Service, YS Design) are based in Kyiv, Ukraine, while all but the last one is part of the Ukrainian consortium EDAPS, Remišová wrote on her blog.

The director of the board and another company representative, Alexander Vassiliev and Yuri Sidorenko, have been accused of major corruption in the International Civil Aviation Organisation (ICAO) and both are allegedly based in Dubai. They were accused of conspiring to bribe an officer of the Montreal-based ICAO to gain contracts.

An American court eventually dropped charges as the accused men were not US citizens and the deed did not take place on US territory.

When the company first started negotiating the investment in Slovakia, it was doing so as RKN Global Ukraine, through the Slovak embassy in Kyiv, according to Remišová.

“An investment of such dimension from Ukrainian businessmen would however be somewhat more suspicious and that is probably why they went for Dubai in the end,” Remišová writes. She alleges that the business model of the Ukrainians is clear: “they have hired former Interpol boss to use his contacts to get contracts for them”.

The Sme daily alleges additional links of the investment to Ukraine: another representative of RKN Global Europe is Alan Buriš of Banska Bystrica who according to the daily runs business with influential Ukrainian entrepreneurs.

Buriš also represents the Sun Investment Capital company based in Liptovský Trnovec, where Ukrainian national Vitaliy Hrytsak owns 10 percent of the shares. A man with the same name headed the border guards at the Ukrainian Interior Ministry under the government of former president Viktor Yanukovych, Sme writes.

Another company that Buriš represents is Lera Impex, where Valeriy Konovalyuk and his wife are partners. Konovalyuk is a Ukrainian politician, failed presidential candidate and a member of the Party of Regions (formerly led by Yanukovych), Sme reported.