NEAR the Bratislava borough of Rusovce, police and a fire brigade held a training exercise on February 24, involving a mobile barrier to be used in response to large numbers of people trying to enter the country and to direct their flow. 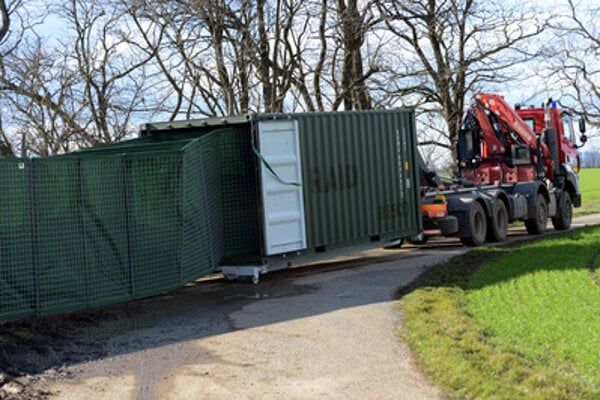 Apart from the usage of the barrier, there was also an entry procedure component wherein officers from the border and alien police were trained in procedures.

There are sufficient means to erect such a barrier over a length of several kilometres, according to the Interior Ministry. However, the exact number was not specified. The border with Austria is referred to as one of the areas where the barrier may be assigned.

“It’s an exercise of construction of an artificial barrier that we are able to set up at a country border and in any location,” exercise commander Ladislav Scémi told the TASR newswire. “Its priority purpose is to direct and eventually bar a large number of migrants from coming to tour the country, in this case we are talking about illegal migrants.” 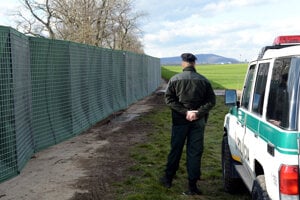 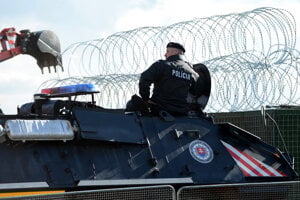 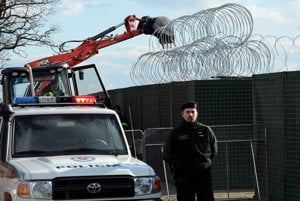 The exercise called Bariéra was attended by Prime Minister Robert Fico and Interior Minister Robert Kaliňák. Apart from the barrier, police have other means to protect Slovak borders, according to Kaliňák. “There will also be patrols deployed in means of transport, as richer migrants use trains and buses to travel,” he added.

It is obvious that the European Union is failing to protect Schengen area borders, as the number of migrants that enter Europe through Greece from Turkey is still on the rise and it will continue to rise with the better weather, Fico said. He also reiterated Slovakia’s official stance on the issue: “We will not respect mandatory quotas, because they are nonsensical,” the prime minister said.

Both Slovakia and Hungary are taking the European Commission to court in Luxembourg over the quotas for re-distribution of refugees flowing to Europe.

[Not a single refugee from this influx has ever entered Slovakia illegally or without official aid so far.]