Slovaks reluctant to use e-tax returns

FILING a tax return can be – instead of a lengthy and tedious procedure – an easy action without queuing at post offices or filling in forms by hand. 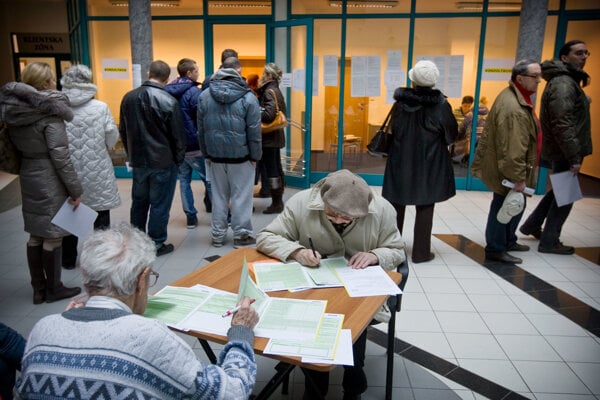 The Slovak Financial Administration offers the option of an electronic tax return for already the third year.

While natural persons and self-employed still prefer to send tax returns in paper form via post, companies have prevailingly adopted electronic tax returns, the Hospodárske Noviny daily wrote in early February. In 2013, a mere 15 percent of entrepreneurs filed their tax returns electronically, a year later the number increased to more than 63 percent. The reason is simple: VAT payers are obliged to file a tax return in e-form. Logically, these include more legal entities which usually are VAT payers, vice-president of the Chamber of Tax Advisors, Alica Orda Oravcová, said.

Natural entities do not seem to have much interest in electronic tax returns: last year, only 9 percent filed them. However, in 2014 these were less than 2 percent. In this aspect, Slovakia lags far behind Estonia, in which more than 90 percent of citizens fill in the tax return electronically.

The guaranteed electronic signature may be behind this reluctance; as apart from downloading a form from the eDane website, this signature has to be arranged for, and it can become something of a nuisance.

Despite some obstacles, both tax advisors and entrepreneurs welcome the electronisation of tax returns. They are bothered also by the frequent failures and blackouts of the system, though.